Did You Know Chocolate Was Used As Currency Centuries Ago?

Cocoa beans used to make liquid chocolate also served as a barter currency for the exchange of food and clothes during the 1900 BC. 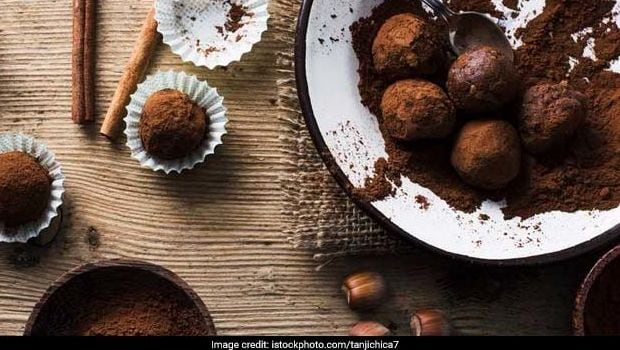 There are two kinds of people in this world: Those who like chocolate and those who love chocolate. Its really hard to find someone who dislikes what is also known as the 'food of the Gods'. While most of us may want to steer clear of overly sweet and sugary flavours, a piece of chocolate is hard to resist. Just hearing the word 'chocolate' can brighten your mood and elevate your spirits. To be able to say no to that little bar of calories is very hard indeed.

But did you know that cocoa beans were actually traded during the 1900 B.C? Back then, chocolate was treated as a bitter beverage instead of a sweet edible delight. So how did it transform into a mood enhancer?

Anthropologists have found evidence that chocolate was produced by pre-Olmec cultures living in Mexico during 1900 B.C. The history of chocolate began in Mesoamerica. A tribe called Aztecs traded with Mayans (a Mesoamerican civilization) for cocoa beans, as they believed that they were the gift of Quetzalcoatl, the God of wisdom. When the Aztecs began to dominate Mesoamerica, they had an intense craving for cocoa beans, which unfortunately could not be grown in the heart of their civilisation. Therefore, they were forced to rely on the Mayans and traded with them for the cocoa seeds. These were known to have such high value that they were used as a form of currency.

Originally, chocolate was consumed as a bitter drink, a frothy liquid mixed with corn puree and spices. It was known to have aphrodisiac powers and provided strength to the drinker, which led the Olmec, Mayan and Aztec civilizations to believe that it possessed some sort of mystical and spiritual qualities.

Listen to the latest songs, only on JioSaavn.com
These cocoa beans that were used to make the liquid chocolate were largely used as a barter currency for the exchange of food and clothes. This beverage was made using roasted and ground cocoa beans, along with water and spices. This chocolate flavoured drink was usually reserved for the nobility and warriors.

History shows us how important chocolate was back then but it has managed to play a significant role in our lives even today. Currency in the modern world may follow a standardized form, but chocolate continues to remain vital. It not only acts as a source of happiness but also offers a plethora of benefits making it hard for us to resist.

Be it a five-year old child or 35-year old woman, chocolate has the power to please each and every soul. This delicious sweet can be eaten with or without experimentation. It is also used in most desserts we eat as it adds more flavour to it. The countless types of chocolates taste scrumptious and to pick one is probably the most challenging task. The beauty of chocolate is that one is too little and too much is never enough!