If you've been a frequent visitor over this decade to Kochi, Kerala's busiest city, it's impossible not to notice the spurt in F&B options. 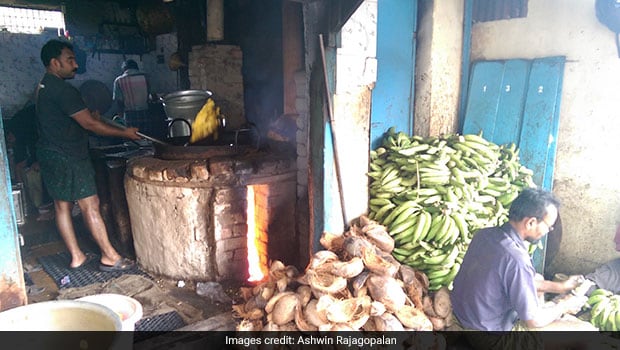 If you've been a frequent visitor over this decade to Kochi, Kerala's busiest city, it's impossible not to notice the spurt in F&B options. From local flavours to International cuisine, the city's dining scene is thriving. However, my favourite food destination in Kerala is Kozhikode, the state's northern hub where everybody's is a foodie and has an opinion on what makes a perfect biryani. Calicut has been a focal point along the legendary spice route even before Vasco da Gama set foot here. The city's unique culinary heritage has been influenced not just by local flavours, but also by the intermingling of Arab culture and interactions with the Middle East.

Mapilla (Moplah) cuisine dominates the city's food scene. The city's fish and wholesale markets are a great starting point to explore the city's culinary credentials. Of course, there's no better way to savour the city's flavours than make stops at Kozhikode's emblematic food establishments. Our list is one place to start:

Paragon Restaurant: The first port of call for most foodies and also one of my first stops on both my visits to Kozhikode. My fellow diners insisted that I check out of the restaurant only after sampling the chicken biryani that's crafted with Jeerakasala, a small grain rice varietal. The Kozhikodan biryani's mix of spices are subtle and the biryani gets its colour almost exclusively from the fried onions. The restaurant's flaky Malabar Parotta may not be as famous as it's biryani but is an absolute must-try. Do end your meal with Kozhikode's favourite brew - the ubiquitous Sulaimani (black) tea.

(Also Read: Ela Ada: The Kerala Special Dessert That's Not Only Sweet But Super Healthy Too)

The biryani gets its colour almost exclusively from the fried onions

Nannari Sherbet stall: Don't look for a signage, in fact this stall's only claim to fame is its location - opposite Paragon. That's how locals know this nameless sherbet stall that serves just two varieties of Nannari (Sarasaparilla) sherbet including one that's infused with milk. There's no seating; standing room is a luxury in this busy stall where they can't keep up with the crowds on most days.

Where: Opposite Paragon Restaurant, Kannur Road

Kumari Banana Chips: I still remember the first time I caught the aromas from this popular local establishment while sipping a sherbet opposite Paragon. Most visitors to Kozhikode never leave without Kumari's crunchy banana chips fried in fragrant coconut oil. You can watch their team in action - slicing raw bananas at a frenetic pace and flinging them into a vat of bubbling oil, as you wait in line.

Where: Opposite Paragon Restaurant, Kannur Road

Sagar Restaurant: I'd recommend Sagar as a breakfast stop. Try their fish curry with the Pathiri, a light as air bread made with rice flower that takes its name from fateerah (the Arabic word for pastry). You can also look for the irachi pathiri stuffed with meat. If you've travelled in the Malnad belt of Karnataka, you will recognise the pathiri; it's similar to the akki (rice) roti.

Bombay Hotel: I'm not a big fan of Pazham Pori (Banana fritters) and yet I made my way to this local eatery that dates back to the 1940s with an array of 'anytime' Malabar snacks. Try the Pazham pori and other fried snacks like their melt-in-mouth samosas and mutton cutlets. My favourite at Bombay Hotel is their feather-light version of a macaroon flavoured with a hint of rosewater.

Zain's Hotel: Set up by Zainabi Noor, one of the city's best known woman entrepreneurs, Zain's has become synonymous with fine Mapilla cuisine. It was Abida Rashid, Kozhikode's famous culinary expert and consultant, who first told me about Mutta Mala (Egg garland), a dessert that was offered as a welcome dish for a new bridegroom. You don't have to be a groom to try this dish at Zain's though. Do make it a point to sample the Ari Kadukka (Mussel dumplings), one of Zain's signatures.

EPK Fruit Centre: Juices and milkshakes are a thing in Kozhikode. One of Chennai's most popular juice chains was set up by entrepreneurs from Kozhikode and you will find countless stalls that have perfected the art of blending fruits into exotic 'mocktails'. EPK is undoubtedly the best known. Most of their regulars swear by the Sharjah Shake (which I'm sure is not available in Sharjah) and the strawberry shake.

Maharaja Sweets: The city's gooey, sticky halwa is as popular as Kozhikode's banana chips. There are many versions including the city's trademark black halwa made with flour, coconut oil and jaggery. Maharaja Sweets is one of the city's most popular sweet shops that also offer other varieties of halwa.

Kozhikode is worth a visit for its array of food options alone. One day is almost enough time to cover all the places on our list and experience one of South India's quintessential culinary
Capitals.