Ever Wondered How the Potato Chips Was Invented? French Fries Had a Hand

Did You know? A minute disagreement between a diner and his chef over the thickness of French Fries gave birth to the crunchy potato chips we love today. 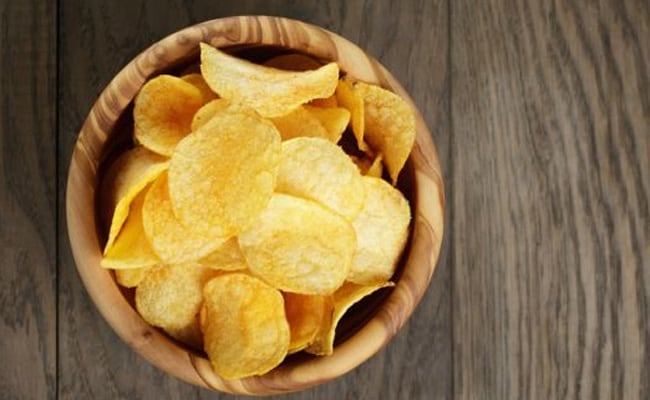 Highlights
How we love our big bag of potato chips - crispy, crunchy and delightful each time. But did you know your favourite comfort food was an outcome of an accident? Now we all know, food and hospitality business is a hard place to be. Each diner comes in with his own expectations and there are times when chefs fail to deliver. Way back in the year 1853, somewhere in an upscale restaurant in New York, a similar disagreement between a diner and his chef over the thickness of French Fries gave birth to the crunchy potato chips we love to munch on today.

In the summer of 1853, George Crum a chef at the Moon Lake Lodge in Saratoga Springs, New York, prepared his standard thick-cut French Fries, which were a rage in the entire town except for this one particular costumer who found the potatoes a bit too thick for his liking. The Chef explained to the diner who also happened to be one of the patrons of the restaurant that it was the original style of preparing the French Fries. That's how it was supposed to be cooked.

(Also Read:Quick Tip: How to Make the Best Fries Ever)

However, upon insistence of the patron, the Chef made a thinner batch of the French Fries, yet it was still too thick and soggy for the customer. For the third batch, a frustrated Crum sliced and fried the potatoes extremely thin and crisp, and topped them with generous heaping of salt, thinking that it would teach the customer a lesson, making him struggle to get a hold of the fries with his fork. Little did he know that his act of mischief would instead give birth to a snack not only to his costumer's liking but also leave him wanting for more.

The patron was so thrilled by the browned, paper-thin, salty potatoes, that other diners also began requesting Crum's potato chips. His chips became the newest rage in town, giving the old school, thick cut, French Fries a good run for its money.

The massive success of the potato chips also found its way to Crum's own restaurant, 'Crumbs House', which he opened in 1860. Each table had a serving of his signature potato chips, which were a hit with his diners. Due to the Racial Policy of that time, Crums being a coloured native of America, couldn't patent the chips to his name, and eventually the chips were mass-produced and sold to common public in cheap prices without giving him any credit.

William Tappendon, native of Cleveland, Ohio, in 1895 was one of the first businessman who could be credited for the mass production and popularization of the snack. He began making chips in his kitchen and delivering them to neighbourhood stores. Later he converted a barn at the back of his house into one of the first potato chip factories in the country.

The potato chips were packaged and sold in huge numbers; Photo Credit:I stock

The production of the snack grew even more with the coming of the potato peelers in 1920's, which cut down the labour-intensive process of peeling potatoes and slicing them with hand.

Originally the chips were stored in glass cases or cracker jars and sold to costumers in loose paper bags. This reduced the shelf life or made them soggy and rancid in no time. Laura Scudder, heiress of a flourishing Potato chips business in Monterey Park, California, came up with an idea that was to revolutionize the face of potato chips packaging forever and for good. The idea was to hand-iron sheets of wax paper into bags, fill the bags with potato chips, and seal the tops with a warm iron. The sealed paper bags not only prevented the chips from going bad, but also prevented them from being crushed in handling. Over the years the wax paper bags were replaced by sealed plastic bags.

The production of potato chips since then has increased by multitude. Going beyond the American shores, potato chips has made its way into several countries across the globe, making it the favourite, savoury munching delight of all times.