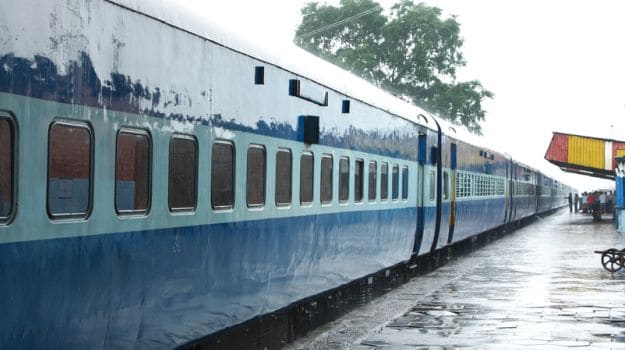 Highlights
Passengers on India's vast railway network have long complained of the terrible meals on offer to sustain them on long journeys, but a slew of new services bringing fast food to their seats is changing the way they dine.

From Kentucky Fried Chicken to Domino's pizza and a host of local delicacies, today's train passengers have access to a vast array of hot dishes, all at the click of a smartphone app.

For passenger Amit V, who has ordered a vegetarian curry dish to be delivered to his seat, the new services are a godsend after years of buying railway food that he says was often inedible.

"This food is 100 times better than the railways food," the mathematics teacher told AFP as he prepared to board a train for the 19-hour journey from Mathura, a major rail hub in northern India, to his home town in the west of the country.

It is all a far cry from what was on offer just a few years ago, when there were reports of cockroaches being found in dishes, and a leaked internal report said food was cooked in "dirty, smelly and waterlogged pantry cars".

In one case, the samosas -- a popular snack -- were kept in a basket with cleaning mops.
There is demand too for a greater variety of options, with customers craving international cuisine, fast food, as well as local fare.

The new services are part of the process of modernising India's state-owned railway network, which carries around 23 million passengers a day.

Asia's oldest rail network is a lifeline for India's 1.2 billion people, but is creaking from decades of neglect and chronic underinvestment.

Last year the government announced a $137-billion five-year modernisation plan that includes introducing free wifi in some stations in partnership with Google.

Google says the service will cover 100 stations by the end of this year, with an eventual target of 400 -- a further boost to online food delivery services.

Last year Indian Railways invited major chains such as KFC to sign up to its e-catering service, which allows passengers to pre-order online or by phone for delivery at major stations.

The next step will be to set up "base kitchens" in major stations to allow companies to prepare freshly cooked food for delivery on the trains, railway ministry spokesman Anil Kumar Saxena told AFP.
A host of private entrepreneurs are also trying to tap the market, among them Pushpinder Singh, who founded TravelKhana (Travel Food) with his wife in 2012.

The company signs up individual restaurants close to stations on busy routes, providing a delivery service for a fee.

"There are around 5,000 long distance trains with an average journey of around 770 kilometres (480 miles), but only six percent of them have a proper food service," Singh told AFP.

"This is the section we are targeting."

The key to success is speed -- delivery services have just a few minutes to track down their customers before the train leaves the station.

Promoted
Listen to the latest songs, only on JioSaavn.com
At Mathura station, deliveryman Aman Singh Badhorie takes it all in his stride.

Within two minutes he pushed his way through an overcrowded carriage to locate his customer's seat, delivered his order and taken payment, leaving him a full 60 seconds to disembark before the train pulls away.