Food Safety: A New Smartphone App That Can Help Keep a Check 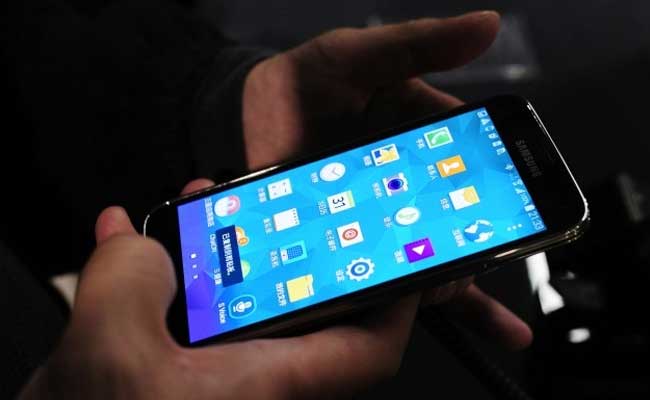 However, if surveillance is not concealed, it can result in unintended behavioural changes, according to Catherine Cutter, professor at the Pennsylvania State University in US. Those changes - known as the Hawthorne Effect - can render such observations meaningless.

"Direct concealed observations have been used to minimize the Hawthorne Effect during observational data collection in various settings, but some limitations can include the need to memorise observations or take notes out of sight of those being observed," said Ms Cutter.

"In our research, we describe a newly developed smartphone and tablet application for use as a data collection tool for direct concealed observations," said Ms Cutter.

The researchers worked with a smartphone app developer to create an app that includes features needed to document direct concealed observations of food handlers, including the creation of checklists to record aspects such as hand hygiene, the adequacy of hand-washing facilities, the temperature in coolers holding ready-to-eat foods and the presence of potentially hazardous foods.

The app allows observers to easily add photos, audio, videos and open-ended notes to their reports. To evaluate the use of smartphones as inconspicuous data collection tools, the researchers developed and disseminated a short survey to assess public perceptions of smartphone use in a retail setting. Participants viewed images of individuals using either a smartphone or a clipboard in a retail environment and provided open-ended responses.

Ninety-five per cent of participant responses indicated that images of clipboard use in a retail setting suggested evaluative activities - research, inspection, and so forth - whereas none of the participants indicated that images of smartphone use in the same environment suggested evaluative activities, said Robson Machado, a doctoral candidate in food science at Pennsylvania State University.

Smartphones are so ubiquitous, and text messaging and social media activities so common in public places, that no one questions what anyone does with their phone.

Promoted
Listen to the latest songs, only on JioSaavn.com
"An observer can just pretend to be texting or fiddling with the phone, while monitoring the interactions between customers and workers in retail establishments, such as supermarket delicatessens," Mr Machado said.

"This study should be of interest to researchers, regulatory personnel and food industry professionals who are seeking ways to evaluate the food safety behaviours of food handlers," he said.

CommentsThe study was published in the journal Food Protection Trends.