From a Delicate Flower Comes a Very Pricey Spice 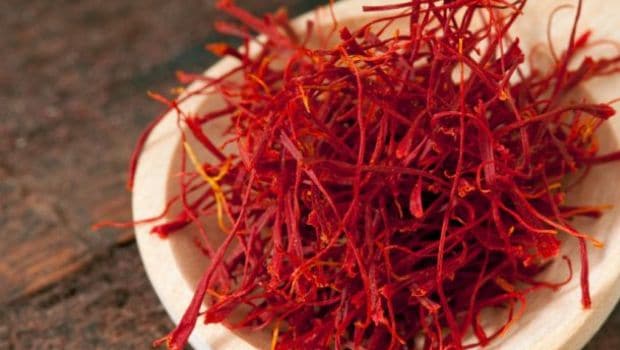 Highlights
It's a brilliant patchwork of color. The women open the purple petals of thousands of crocus flowers and, from each one, separate out three deep crimson threads that are tiny, delicate, and extremely valuable.

This is harvest season in Iran in the production of saffron, lauded as the world's most expensive spice. It gives a bright golden hue to rice and infuses a complex flavor into paellas, bouillabaisse or Persian dishes. Luckily only a tiny pinch is needed because on store shelves around the world, a small packet of a few grams can easily run for the equivalent of $5,000 a kilogram (2.2 pounds).

Iran produces more than 90 percent of the world's saffron supply, more than 300 tons the past year, and it's been expanding every year.

What it is hoping to do now is increase its exports — and crack open new American and European markets — after international sanctions were lifted under the nuclear deal reached with the West last year. That has been slow to happen, however.

The harvest is laborious and time consuming. All must be done by hand. Men, women and even children and the elderly join the harvest in places like Torbat Heydariyeh in northwestern Iran.Saffron is the dried stigma of the crocus flower — the three threads inside the petals. The flowers are picked, and workers sit around tables or on blankets with piles of flowers to gently pluck out the stigmas. The workers are paid around the equivalent of $10 a day. The strands are then dried in the sun.

Thousands of flowers are needed for a single gram, or 1/30th of an ounce. A hectare of flowers, about the size of two football fields, yields about 3 kilograms (6.6 pounds) of saffron. The farmers can then sell it off to Iranian dealers at about $1,500 a kilogram.

Iranians, who use it to flavor everything from stews and rice to cookies and sweets, consume about 80 tons a year, the head of the office for expanding saffron exports, Ali Shariati-Moghadam, told the Iranian state news agency IRNA.

Now after the nuclear deal, the country is hoping to boost exports, which have languished under sanctions, amounting last year to $165 million dollars, down from a year earlier. So far the first seven months of this year have seen an improvement, with $93 million in sales, up from the same period the previous year, according to IRNA.