How to Cook Brown Rice: Tips and Tricks 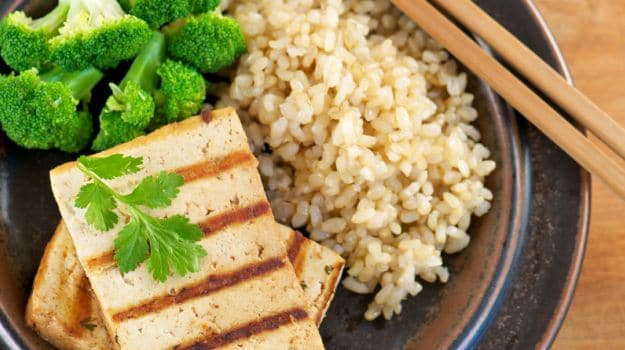 Brown rice is often considered the unattractive, less delicious sibling of its preening, pluming sister - white rice. People complain that it is too heavy, too chewy, it doesn't taste good with dal, it takes too much time to cook, it does not have that delectable rice aroma, and so on. A veritable litany of complaints has been built up against it and it has been relegated to that back-burner of the kitchen - the health section. People substitute brown rice for white rice and then grumble heartily and virtuously about the sacrifice they are making for the sake of their burgeoning waistlines.

It cannot be denied that brown rice is vastly healthier than white rice. The very cause of all our gastronomic woes, its fibrous husk that makes it tougher to cook and eat, is the very thing that makes it healthy. Brown rice goes through fewer processes of production than white, processes that strip the bran and quite a lot of the germ layer, which takes with it all the fiber and vitamins in the grain. Whereas the way brown rice is produced is far easier; only the inedible outermost hull is stripped. So brown rice becomes an excellent colon cleanser and is better for people suffering from diabetes too, as it has a low glycemic index when compared to white rice.Still, when something is slotted as 'healthy', it is doomed to be thrust into the 'tasteless' pile, which is a shame, because brown rice has a really lovely, nutty richness to it. Perhaps the way to look at brown rice is not as an alternative to something better, but as a delicious ingredient on its own. But whichever way you look at it, there's certainly something about brown rice. Nowadays, you are spoilt for choice, you get brown rice noodles, brown rice pasta and brown rice atta as well.

How to Cook Brown Rice

Brown rice can be cooked both by pot and by pressure. By that I mean the pressure cooker of course and your regular cooking pan. Whichever way you choose, you will have to soak the grains before - I try and get in a good overnight soak, but you can soak them for just a few hours or even just an hour (but in boiling hot water).

Let's start with the pressure cooker. I use about two or two and a half cups of water for one cup of brown rice, but you can use up to half a cup more if you want the rice to be a little mushier. I like mine a little al dente, I guess. Let the whistle blow about seven times, making sure to keep the cooker on medium heat. Once that is done, I let the steam escape and allow the rice to sit inside the cooker for a few minutes with the flame turned off. Once I open the cooker lid, I fluff out the rice with a fork et finis!

So famous is brown rice that it has made it to Hollywood's inner circle i.e. Gwyneth Paltrow's GOOP website. GOOP recommends adding only one and three fourth cups of water to a cup of rice, turning the heat up so that the water starts bubbling and boiling, then reducing heat and cooking for 45 minutes in a vessel with a lid on top. Alternatively, you can simmer until all the water has been absorbed.

There is another interesting way though - cooking the brown rice the way you would cook pasta. I read about this on Epicurious, but I have never yet tried it. You take your one cup of rice and rinse it under running water. Meanwhile, throw twelve (yes, twelve) cups of water into a large pot and bring to the boil. Throw in the rinsed rice and let it boil, uncovered, for 30 minutes. Then discard the water, letting the rice drain through a strainer for 10 minutes or so. Then, and this is the crucial final step, put the rice back into the hot pot that you used for cooking it, cover with a lid and allow it to rest for 10 minutes, cooking very gently in its own heat. This allows the rice to become fluffier and less dense. Once this is done, season the rice with salt and you are done!

How to Eat Brown Rice

Of course you can use brown rice as a substitute for white rice, but sometimes they even surpass the original. I am here to tell you that it can make a superb substitution for dosas (the brown rice dosas that are sometimes made at home are crisp and as glorious as regular dosas). They are a treat unto themselves. The brown rice idli i tried was less successful, but no doubt it can be done. A light green pea pulao made with brown rice and served with a cucumber raita is a light, healthful lunch for me on busy days. And once I made a superlative brown rice pudding with coconut and almonds and raisins, laced with a bite of cinnamon. It was the perfect end to a heavy meal. For more brown rice recipes, click on 7 Best Brown Rice Recipe.

How to Store Brown Rice

We know brown rice tends to go rancid really fast. Luckily, it is pretty easy to stop that from happening - make sure your brown rice is stored either in its original packaging or in an airtight container. The more it interacts with oxygen, the quicker it will get rancid. Many people say that it should be stored in the freezer, but I have always kept mine in the fridge and it has lasted for eight months or so. Essentially, you need someplace that is dark and cool. My tip though, is to buy smaller quantities and consume the rice quickly, so massive jars of rice do not clog up your fridge or freezer.

About the author:
Meher Mirza is an independent writer and editor, with a focus on food and travel. Formerly with BBC Good Food India, she loves anime, animals and artsy things but also comics, technology and death metal.