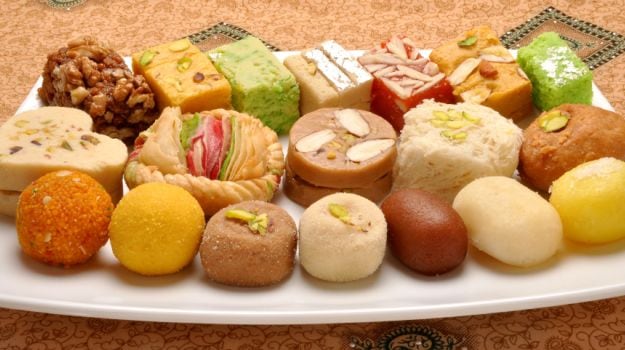 The West Bengal government is planning to get Geographical Identification (GI) tag for four traditional sweetmeat delicacies of the state with a view to protect them from imitations and for exporting them in future.

The four sweetmeats for which GI tags are being sought are 'Moa' of Jainagar, 'Sarpuria' of Krishnagar, and 'Sitabhog' and 'Mihidana' of Burdwan, Director of Food Processing Industries Jayanta Kumar Aikat said. A GI tag is a sign used on products that have a specific geographical origin and possess qualities or a reputation that are due to that origin.

While 'Jainagar-er moa' is made of puffed rice and date palm jaggery at Jainagar in South 24 Parganas district, Krishnagar of Nadia district is famous for 'Sarpuria' which is made of milk cream. 'Sitabhog' and 'Mihidana' are rice based sweets of Burdwan. "GI tag is necessary for these items to protect them from cheap imitations. It will also help preserve quality," Aikat said at the inaugural programme of 'Mishti Mela' (sweet fair) in Malda district.The government also has plans to export sweets from the state in future and the GI tags would be of immense help in that endeavour, he said. Aikat also underlined the necessity of maintaining quality of the sweets and their packaging which will help increase shelf life of the sweetmeats. Machines, instead of hands, should be used in sweet making to increase production and maintain quality, he said.

Machines for sweet making and their packaging were displayed at the fair. Food Processing Minister Krishnendu Chowdhury also stressed on good packaging to increase shelf life of Bengali sweets as a majority of them are made of 'chhana'. "The shelf life of sweets made of chhana is much less compared to those made of 'kheer' or coconut in other parts of the country," Chowdhury said.

Nine districts of the state participated in the two-day sweet fair in which 'Langcha' of Shaktigarh, 'Chamcham' of Belakoba, 'Jalbhara' of Hooghly, 'Chhanabara' of Murshidabad and 'Ras-kadamba' of Malda and other delicacies are on sale.