It is all about a Sambalpuri Thali from Orissa or an incendiary meal from Rayalseema. 2016 must go down in history as the year of the regional Indian cuisine that is being furiously dusted from the mothballs. 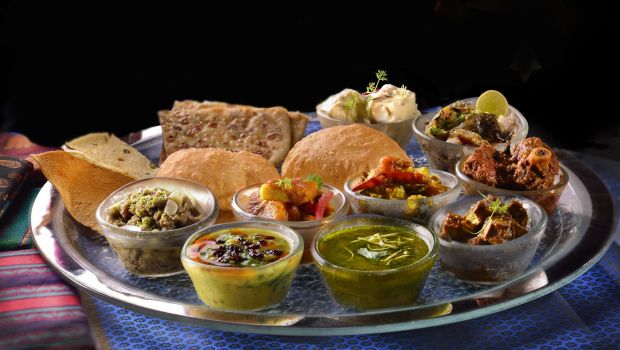 Flip through Facebook, and you’ll see that the rules of the boasting game appear to have altered slightly. Instead of your friends crowing about the Sacher Torte they enjoyed in Vienna, now it is about a Sambalpuri Thali from Orissa or an incendiary meal from Rayalseema. 2016 must go down in history as the year of the regional Indian cuisine that is being furiously dusted from the mothballs.

It’s not as if the trend is confined to users of Facebook: the year began with Kashmiri food being served to the Prime Minister and 580 international delegates on the occasional of Naval Day by Gurgaon restaurateur Qamar Khan in Vishakapatnam. The year ended with Dr. Haseeb Drabu, Finance Minister of Jammu and Kashmir hosting a Kashmiri lunch for all the State Finance Ministers who were in New Delhi to attend the GST deliberations. Gurgaon based caterer Sanjay Raina did the honours in Parliament.

My own journey through the foodscape of the country started this year in the unlikely precincts of Conrad Pune, where the Executive Chef, Mandar Madav, hails from the Shaiyannav Kuli community of Malvan. If you pre-order a Malvan meal, you will get stars like kolambi sangha batata: a robust semi-dry preparation of prawns, drumstick stems and potatoes; teesrya masala or clams in their shells, a mutton or chicken dish fiery with the trademark black masala that appears all over Maharashtra but differs slightly from one community to the other and a fish curry, along with a dal and a dry vegetable. It was the distinct spicing of each dish that was unlike what most five star hotels pass off as ‘Indian food’ that was the surprise here.

So, imagine my surprise when, a month later, I visited Gwalior and was the guest of Sardar Dhananjay and Uma Devi Jadhav, also of the Shaiyannav Kuli. The Jadhavs, close relatives of the Scindias, are from the Maharashtrian district of Satara, which their ancestors left in 1740 or thereabouts.

The Maratha lunch that I was regaled with showed that 250 years in history is but a twinkling of the eye, because the mutton barbat and the kombdi vada that was served in a Mughal-era baradari to guests of the couple could have been straight from Satara. For one, the Jadhav’s family retainer used dried, roasted coconut in the chicken curry and the barbat was dark and fragrant with a fistful of spices, of which dagadphool was common to kala masala, which I was already familiar with, thanks to my meal in Pune. There was Mandodari dal served with delicately cut vegetables that, miraculously, had not lost any of their crunchiness, and a rather unusual aloo ka achaar. The lunch was made possible by a Facebook group called EatwithIndia.

One is so used to spotting chefs wearing white toques in open kitchens at hotels, that salwar kameez matrons wearing caps comes as a bit of a surprise. But JW Marriott Mussoorie has hit on a winning formula, because four ‘didis’ from the neighbouring villages are the stars of the show. They take turns to cook simple meals that no restaurant across the length and breadth of the country serve, in spite of the plethora of lads from Garhwal in almost any large kitchen in India!

The gahat ki dal that I was served was rich and heart-warming, as were the bichoo ghaas ki sabzi and the swala – an unusual poori that was stuffed with a filling like a kachori. The hotel started off with just two didis as an experiment but has had to take on more, much to the delight of guests and the didis themselves! Compliment them on the subtle flavours of the local vegetables that are picked fresh from their homes on their way to work, and happiness and incredulity flood their happy faces.

Because of the tireless efforts of one lady: Sangeeta Khanna, microbiologist turned food blogger and nutritionist, I have enjoyed two slap-up meals in five star comfort that celebrate the wholly vegetarian food of Banaras. First The Oberoi Gurgaon and then ITC Maurya held Banaras ka Khana festivals in which the seldom seen vegetable preparations of the oldest city in the world were showcased in all their magnificence. It is the location of the city, in the fertile Indo-Gangetic plain, that impacts the quality of its vegetable and the richness of the milk of its cows, which, in turn, has a bearing on the excellence of its cuisine.

Bajka or bottle gourd fritters elevated the step-child of the vegetable kingdom into a treat, while besan qatli ke sabzi was an elegant form of the more familiar Rajasthani gatte. Matar ka nimona and khoya matar aur makhane ki sabzi illustrated that you do not need asparagus and broccoli to jazz up a vegetarian plate.
Fresh Prawns in Bengal

Promoted
Listen to the latest songs, only on JioSaavn.com
On a recent trip to Kolkata, my kind friends took me to Shantiniketan where, just outside the periphery is Bonolakshmi, an eco-friendly, organic farm where rice and vegetables are grown. You have to book the previous day as food is cooked to order (to avoid wastage). We feasted on the course-wise thali meal served by cheerful members of the Santhal tribe: first dal and rice with a crisp-fried vegetable, then shukto, followed by dhokar dalna and finally by a fish course, which, on that particular day, was chingri malai curry. The food was as light as a whisper, the rice was a type called Radhuni Pagol meaning the ‘cook went mad’ (with the fragrance of the rice) and the malai curry was more full of the flavour of irreproachably fresh prawns than any I’ve eaten before or since. Well worth the three hour drive from Kolkata: a browse around the Shantiniketan University is a bonus, along with fresh air and a profound silence.

CommentsFinally, a resort with a heart, in the middle of the Rajasthani desert. Suryagarh takes local food to a different level, one that you are supremely unlikely to encounter outside a private home. The dying art of preserving vegetables like kachri the souring agent or legumes like khumatia, ker and sangri was a necessity in the days when transport was not what it is now. Fresh vegetables were just a dream and cuisine centred around interminable besan, papad and onion preparations beside every lentil that you could possibly procure in the desert. Today, with fresh green vegetables available to every home in the state, the cuisine of the sandy desert is fast dwindling. But Suryagarh near Jaisalmer keeps such dishes alive. You can order a thali in which at least two katoris have dried vegetables and two more make use of besan and/or dal. It embodies the way of life that is fast losing its relevance, but more importantly, it is one more unforgettable regional meal of 2016.

Image Credits: Marryam H Reshii
Disclaimer: The opinions expressed within this article are the personal opinions of the author. NDTV is not responsible for the accuracy, completeness, suitability, or validity of any information on this article. All information is provided on an as-is basis. The information, facts or opinions appearing in the article do not reflect the views of NDTV and NDTV does not assume any responsibility or liability for the same.