Guntur Chilli: What’s Makes it Such a Hot Favourite?

Credited for giving Andhra food its fiery edge, Guntur chillies are hot to handle yet you find yourself going back for more doses. 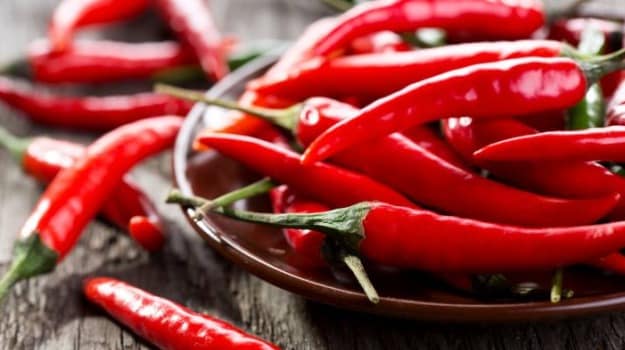 Credited for giving Andhra food its fiery edge, Guntur chillies are hot to handle yet you find yourself going back for more doses. Originating from the Guntur district of Andhra Pradesh, Guntur Sannam has a thick red skin with high pungency. It is used in the preparation of various local delicacies to develop colour as well as flavour. Such as the Natu Kodi Kura, a spicy Andhra chicken curry made with coconut, poppy seeds, a handful of spices and of course the Guntur chillies; Guntur Kodi Vepudu, which is spicy chicken fry; or the Mamsam Pulusu, a fiery mutton curry, which is a very popular dish in Andhra cuisine.

With Andhra Pradesh being the largest producer of chillies in India, there are many varieties that one can explore, but the Guntur Chilli seems to be a hot favourite. The locals claim that it's the distinctive flavour that it imparts to the dishes that makes it a preferred choice, if one can get past the fieriness.

The Guntur chilli is exceptionally dark red in colour due to the rich source on capsaicin. It is said that it is this capsaicin content which is responsible for the colour of chillies. In cooking, the chilli is used as whole and thrown in during the preparation, or it is ground into powder or a paste with other spices. No wonder when you see the dishes, they impart a rich red colour that makes them hard to resist biting into.

Brought that fresh stock of guntur chillies today. I use these in sambhar, tadka of south Indian chutneys, chola, a couple of paneer gravy recipes.... to name a few

Andhra Delicacies that use Guntur chillies

Considering Andhra and Telangana cuisines are spicy and the people love their food fuming with chilies, we list down some of the most popular dishes from Andhra using Guntur Chilies.

Bongulo Chicken is a tribal dish made with bamboo sticks and is known to be one of the most aromatic forms of chicken. Marination, which is the key in making this delicacy, consists of chicken coated with ginger, garlic paste, Guntur chili, local herbs and spices that are stuffed in the bamboo shoots. These bamboo shoots are covered with lotus leaves on both the sides and then roasted.

This curry is made with lamb infused with spices. This dish generously uses a lot of chilies and is best had with rice. The dish uses cardamom and cinnamon powder, onions, garlic and coriander. It also uses Gongura leaves that are sour and have a tangy taste in them.

If you plan to gorge on a fiery delight, then Guntur Chicken Fry is the perfect bet. The name of the dish is derived from Guntur chillies that are used generously in its preparation.

Chepa Pulusu is a tamarind dish curry which is yet another fiery dish you would love to devour. If you are craving for some tangy taste, this dish is the best deal. Guntur chilies, fenugreek seeds, cumin seeds, coriander and turmeric are some of its main components.

Delicacy of Andhra, Natukodi Pulusu is known as Country Chicken offers the best flavours of the state. The recipe uses lots and lots of Guntur chilies and dry coconut or coconut milk which makes them the most important ingredients of the dish.

CommentsGuntur chillies are available in stores across India, particularly in South India. Get hold of a pack and stock up your pantry, so whenever the craving kicks in to eat something fiercely spicy, you can add some Guntur to it.