Rangasthalam: The secret behind birthday boy Ram Charan Teja's deadly good looks and amazing physique is his strict fitness routine and an even stricter diet regime. 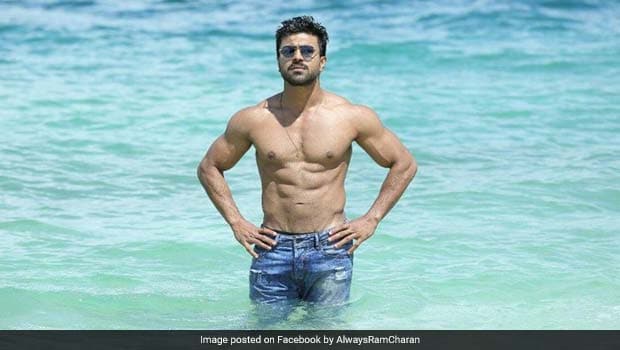 Highlights
Listen to the latest songs, only on JioSaavn.com
Telugu Actor Ram Charan Teja's Rangasthalam has been released and it is being appreciated by many. Ram Charan plays a deaf person who runs a boat for livelihood. He eventually becomes the trusted person of powerful landlords fighting for supremacy in his village. At a recent event, Chiranjeevi had expressed confidence in Rangasthalam and said that he was proud of his son.

There's obvious reason for Chiranjeevi's son being his pride. Ram Charan Teja has worked very hard since the beginning of his career, and has built a name for himself. But, Ram Charan is not only known for his films. He also owns a production company, a polo riding club and is part owner of the obstacle running series, Devil's Circuit. Oh, and did we mention that Ram Charan, like his movies, is also very serious about his fitness?! He has one of the most enviable physiques in Tollywood, and has obviously worked very hard on it.

The secret behind Ram Charan Teja's deadly good looks and amazing physique is his strict fitness routine and an even stricter diet regime. Of course, having a fitness and diet coach as a wife helps! Upasana Kamineni Konidela has insisted that Ram Charan is extremely diet conscious and his fit body is the result of his abstinence from indulging his guilty pleasures.

Here are some healthy eating habits to learn from Ram Charan Teja:

So, now you know the secret behind Ram Charan Teja's fitness! These are just some diet habits that you can also adapt in your own routine and lifestyle to keep those unnecessary pounds away.