Happy Birthday Sonakshi Sinha: Steal Her Secrets to Get a Toned Body 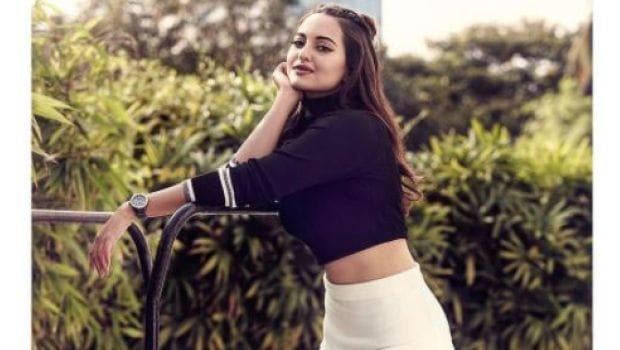 Actress Sonakshi Sinha would be ringing in her 30th birthday on 2nd June, 2017. The actress was appreciated for her part in her latest flick - Noor, wherein she essayed the role of a journalist with much conviction. She also garnered praise for the song, 'Move your Lakk', to which she lent her voice along with popstars Diljeet and Badshah. Daughter of legendary actor Shatrughan Sinha, Sonakshi got a dream launch by mentor Salman Khan, who also starred opposite her in her debut venture Dabangg. Despite a star-studded launch, it hasn't been an easy journey for her. Initially, she starred in many hit movies, but the flak around her body weight loomed heavy upon the actress' image. She battled it all with her positive attitude and a disciplined workout routine.

After having spent 7 successful years in the Bollywood industry, Sonakshi boasts of a super fit and toned body which is a result of sheer hardwork, discipline and a good diet. The actress keeps sharing her fitness mottos on social media, every now and then. Like this post where she talks about her desire to get toned arms.

"Strive for progress, not perfection. For years ive struggled to see SOME kind of definition on my arms and shoulders and guess what i notice in between sets today! Its a small achievement on a long road but its an achievement nonetheless. Progress = motivation = results! #strongissexy#smallvictories #fitandstrong#nevergiveup #sundayselfie #sonaisfit" sic

Promoted
Listen to the latest songs, only on JioSaavn.com
(Also Read: 11 Important Tips to achieve your Fitness goals)

Before becoming a Bollywood star, Sonakshi weighed about 90 kilos and had to shed 30 kilos to look her part in Dabangg. In an interview with Devang Bhatt in 'Atithi Show', Sonakshi shared, "As a child, I was always on the heavier side which is why it never occurred to me to act in movies. I started losing weight because of health issues. At the age of 16, I would get breathless while climbing stairs and therefore, I decided to shed the extra weight and become fit. That's how my makeover started and finally on Salman's insistence I signed Dabangg. In fact, I was never given a choice; I was just told by him that I have to do the movie which was another reason to get in shape."

Sonakshi is a big foodie but also tends to put on weight very quickly. She had to give up on some of her favourite foods and also hated going to the gym. But she was determined to trim down. She ate small, well-balanced and frequent meals to keep her metabolism up through the day. She followed a low-carb, high-protein diet to support her intensive daily workout which was overlooked by celebrity fitness trainer Yasmin Karachiwala.

Sonakshi is extremely cautious of her diet and fitness routine. She kickstarts her day with a glass of warm water, honey and lemon juice. Her breakfast typically comprises of cereal, low fat milk, and a whole wheat toast. A bowl of mixed vegetable curry with two chappatis and salad is her lunch. In the evenings, she sips some green tea or enjoys a bowl of fruits. For dinner, Sonakshi has half a cup of dal, salad and mixed vegetable curry. Sonakshi does not consume any carbs after 6 p.m. in the evening.
(Also read: Deepika Padukon Giving us Serious Fitness Even At 31)

She combines her healthy diet with an intense workout routine which is focused towards building lean muscle mass and gaining strength. Her workout regimen includes cardio, weight training, functional training, spinning and hot yoga. She also likes swimming or can be seen playing tennis occasionally. Sonakshi's social media handle is brimming with pictures of her doing yoga, headstands or simply flashing her quirky gym-wear.

With films like Force 2 and Akira, the actress has also gained recognition for her action stunts. For Akira, Sonakshi reportedly started training two months before the shoot started and she practised judo karate kicks to make the fight scenes more convincing. We hope you keep inspiring us with your dedication and perseverance. Happy Birthday Sonakshi Sinha.