Happy Birthday Varun Dhawan: Here's What He's Doing to Get in Shape for Judwaa 2 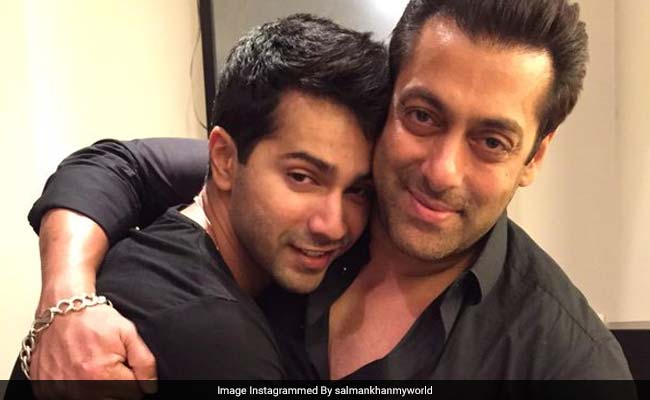 Highlights
Do you remember Prem and Raja from the movie Judwaa that released way back in the year 1997? Of course, you do. They are back and how! Varun Dhawan is about to set the silver screen on fire with Judwaa 2 after his superhit flick Badrinath ki Dulhaniya. The role which was played by ace actor Salman Khan will be taken over by Varun Dhawan in the remake of the old movie and we couldn't be more excited. Judwaa 2 is scheduled to hit the theatres on 29th September, 2017 with Varun in a double role as estranged twins opposite the gorgeous Jacqueline Fernandez and Bollywood's new favourite Taapsee Pannu who will play the roles made famous by Karisma Kapoor and Rambha in the original movie. Directed by David Dhawan and produced by Sajid Nadiawala, this film promises to be a laughter riot. If rumours are to be believed, the main protagonist from Judwaa, Salman Khan will be doing a cameo in the sequel.

Varun Dhawan took to twitter to announce his new movie on 29th March, 2017 with a poster of the film where he will be playing two diametrically opposite characters: Raja, a typical tapori with long hair and Prem, a bespectacled, suit-clad and well-mannered NRI. It is also believed that two superhit songs from the original film composed by Anu Malik will be retained which include 'Chalti hai kya nau se barah' and 'Oonchi hai building'. Here's what an excited Varun tweeted:

Check out this super cute picture of  Varun and his father David Dhawan, also the director of Judwaa 2, posing with Prem and Raja; Varun captioned it saying, "Till today I didn't know there were two of us, but now I know who did all those things people thought I did."

Till today I didn't know there were two of us,but now I know who did all those things people thought I did. pic.twitter.com/u3mEftv7oS

So, how is Varun Dhawan preparing for his new role?

Varun Dhawan is one of those celebrities who has always been fit and works extremely hard for any role he plays. The shooting for the film has started and to get the new dashing look and feel of Prem and Raja, Varun Dhawan is giving us major fitness goals. The 29-year-old actor took to Instagram to let us all know that he has been taking lessons from the 'tornado' way of being fit for his upcoming movie. He shared a Boomerang video on Instagram captioning it, "Tornado #judwaa2 #training" and he does it like a pro.

Before that, the birthday boy also posted a picture of him running during his training. He captioned the picture, "#judwa2. Outdoor training day1. This film is special for many reasons so I need to train differently. Training for two people is not going to be easy but it's going to be worth it #raja #prem"

Varun hits the gym every morning full of energy and enthusiasm and we have proof here as the young superstar shared another Boomerang video on Instagram, captioning it, "Enter work like this every morning. #judwaa2," tagging his fitness trainer and friend Kuldeep Shashi.

Listen to the latest songs, only on JioSaavn.com
(Also read: Varun Dhawan's Fitness Tips Straight From his Trainer)

Varun Dhawan has always been a health freak

Varun Dhawan, who recently won the Most Popular Actor in the Hello! Hall of Fame Awards 2017 by organised by Hello Magazine, makes sure that his beliefs about keeping fit are heard loud and clear. On World Health Day 2017, he posted a skipping tutorial video on Instagram urging his fans to indulge in skipping which, he says, is the best form of exercise and can be done at home easily. Here is the video of Varun talking about some health benefits of skipping daily:

The first schedule of the movie began in February 2017 and the second schedule has already kick started in London. We are super excited to see the dashing Varun Dhawan play the iconic role of Prem and Raja and make these two lovable characters alive on the silver screen once again.

Happy Birthday Varun Dhawan! We wish you lots of success this year.