Happy Birthday Vikram: His Intense Fitness Routine Will Inspire You 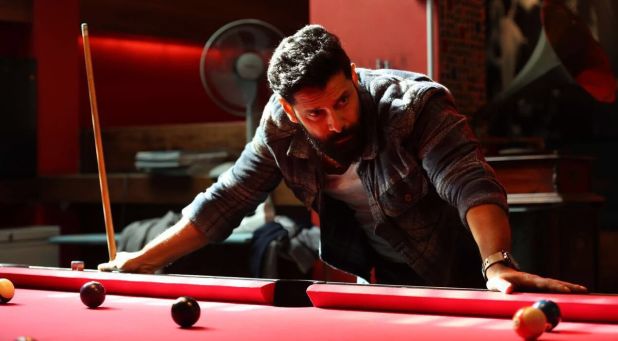 Tamil sensation Vikram would be ringing in his 51st birthday today. Kennedy John Victor fondly referred to as Vikram or Chiyaan Vikram in the south industry has ruled the industry and the hearts of his fans for over two decades. The actor is famous for undergoing drastic transformations for his roles, and is also labelled as ‘Chritain Bale of Tamil cinema’, for is quest for perfection. The National award winning actor,would be back to celluloid with Dhruva Natchathiram, which is slated to release soon. The teaser which was released recently, shows the dapper actor taking on his enemies in style and his fans can’t wait.
The holder of seven Filmfare Awards, one Tamil State Award and one National Award who has also received an Honorary Decorate in May 2011 by People’s University in Milan, Vikram has done over 50 films. He made his debut when he was just 24 years old in 1990 in a movie called En Kadhal Kanmani. But he came in the limelight only after doing the movie Anniyan in 2005, a version of it was also made in Hindi and was released in the same year by the name Aparichit. It is a psychological thriller where he played the role of a person with multiple personality disorder.

Photo Credit: Facebook/Chiyaan Dr.VIKRAM​. Vikram has done over 50 filmsOne of the major changes in his physic and body was seen in 2015 when he released his most exciting films I also known as Shankar’s I. The actor worked on the project for 4 long years undergoing different body changes for his look in the movie. He plays the role of a bodybuilder, a deformed man, a beast looking man and a normal looking person in the same movie for which he had undergone many different diets and workouts.

Photo Credit: Facebook/Chiyaan Dr.VIKRAM ​Vikram as a deformed man in his movie called I.
It is believed that Vikram was on a fibre-based diet where he ate a lot of fruits and in fact, many exotic fruits were exported for him from different countries. The diet was framed in such a way that it complimented his plyometric workout. Plyometric is also called jump training or Plyos which helps you build strength and power by exerting maximum force on the muscles with short intervals of time. It is is also believed that he used head massages with oil as a way to relax and calm after an intense workout.

In an interview with the famous Indian film critic Rajeev Masand in October 2014 for his show Lounge Unwing on CNN-IBN, Vikram confirms that he worked really hard for 4 years for the movie and shares, “I beefed up first, like really became muscular and then became like a model like really fit, after that I had to be really scrawny.” He further talked about the diet he followed to have that scrawny and ripped look, "When you diet, by around 5 ‘o’ clock you get really cranky and  so, I has like 10 small meals in a day. 1 egg white then half an apple then a small piece of salmon or little vegetable and so on.” He talks about how particular he had been about the timing of these meals. “If 8:30 is the time and by 8:31 the is not there, I would go crazy. I was burning 300 grams a day. I used to work out thrice a day. I was burning more calories than what I was eating.” He continued a similar diet for 2 and half years.

Listen to the latest songs, only on JioSaavn.com
When questioned if performing action stunts gets harder as one gets older, he replied, “I have been fit all my life. I always workout.”

Photo Credit: Facebook/Chiyaan Dr.VIKRAM. Vikram is a huge fan of the Batman series.

Vikram shares that his tenacity has made him the start that he is today and his dedication for such demanding roles excites him. But it has not always been a rosy journey for him. After being in an accident when he was in college, the doctors had declared that he would always be a handicap. but his dedication and urge to become an actor is what brought him back and he started walking again proving the doctors wrong. After undergoing 23 surgeries he was on bed rest for almost 3 years and walked on crutches for an year. He says “it (the accident) has helped him a lot and it has made me remember that never let success go to your head.”
Also a father of two, Vikram appeared buffed and bulked up in a more recent film, Iru Mugan (2016) for which he did a lot of weight lifting and even gave up on his favourite dishes Pazhya Sadam and Karruvattu Kolambu. He has always encouraged the young generation to have a healthy diet and indulge in regular workout for a better lifestyle. Happy Birthday, Vikram!