Dark, milk or white, there are a number of varieties available in the market, can we tell the exact difference between them? We are here to help. 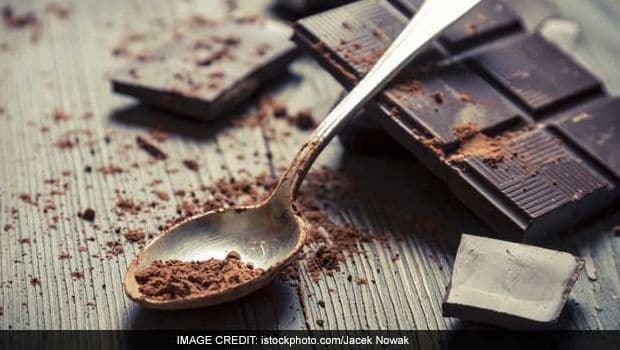 7th of July marks the International Chocolate Day. People across the globe celebrate the day by having chocolates or preparing chocolate desserts.It is believed that chocolate was introduced in Europe in the year 1550 on this day. Until then the joy of having chocolate was only known to the natives of Mexico and parts of central and South America. Ever since then the fan base of chocolate grew leaps and bounds to a point that we can't imagine our lives without chocolate. Dark, milk or white, there are a number of varieties available in the market, and we have loved our share of indulgences with all. But can we tell the exact difference between them, apart from their obvious visual markers? We are here to help. This is how the white chocolate differs from the brown chocolate.

The milky-white delicious delight is made of only cocoa butter, sugar and milk/milk solids. Because cocoa butter doesn't taste good on its own, milk, sugar and sometimes vanilla are added to flavour the butter. Milk chocolates contain no chocolate liquor or cocoa powder, and are thus ruled out from the league of chocolates altogether by some food experts. Yes, as heart-breaking as it may seem, but white chocolate technically does not make the cut as 'chocolate' in some people's book. In other words, the cocoa solids content in chocolate defines the richness of chocolate.

White Chocolate is made of cocoa butter and sugar; Photo Credit: I stock

Chocolates get their characteristic brown hue by its cocoa solid contents. Amongst brown chocolates too, there are two kinds: Milk and Dark.

As the name suggests, milk chocolates are solid chocolate made with milk, milk powder or condensed milk but unlike white chocolate, milk chocolate has cocoa solids too, which not only gives the chocolate its brown color but also gives it, its due place in the category of chocolates.

Ideally, the proportion of ingredients in the milk chocolate should be 10% chocolate liquor, at least 12% should be milk solids, and about 25% cocoa solids. Cocoa butter, vanilla, milk fats are also used in the production often.

Produced by adding cocoa butter to sugar, cocoa powder and liquour, dark chocolate unlike milk chocolate doesn't have milk solids as one of its components. Dark chocolate is made from raw cocoa beans which are a rich source of flavanols, a sub-category of a larger group of phytochemicals known as flavanoids, which are essentially antioxidants.

Dark chocolates are sold according to how dark it is and the percentage you find on the label indicates the amount of cocoa powder solids and cocoa butter in the chocolate. The higher the percentage, the darker the chocolate, less sweet and with a chalky texture. The percentage cocoa solids can range from is 30% to 80%.

Dark Chocolate is made of cocoa liquor, powder and cocoa butter; Photo Credit: I stock

A 2012 study conducted by the University of California looked at the diet of 1000 Americans and found that those who ate dark chocolate a few times in a week were on an average, slimmer than those who ate it occasionally. Dark chocolate also has high concentration of an alkaloid called theobromine, which is found in coffee as well. Theobromine has stimulant properties and relaxing effects. It can dilate the blood vessels and lower blood pressure. And if that wasn't enough, dark chocolate is also rich in soluble fiber, antioxidants, iron, magnesium, copper, manganese, potassium, phosphorus, zinc and selenium. What a bonus!