Here's How Eating Before 7 PM Can Change Your Life

Turns out 'when' people eat could prove to be as important as 'what' they eat. And eating your last meal, as early as 7 pm in the evening can do wonders to your health. 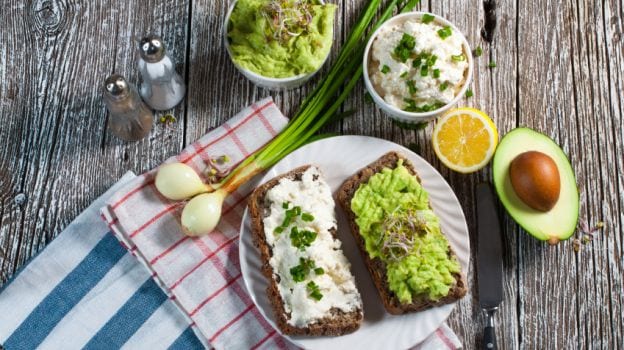 Planned what you should be eating from breakfast to dinner and think you are done for the day? Think again. You may be missing out on something crucial that can impact your overall health. Turns out 'when' you eat could prove to be as important as 'what' you eat. And eating your last meal, as early as 7 pm in the evening can do wonders to your health. For the longest time nutritionists over the world have been stressing on not just a light dinner but also an early one, but is it worth the hype? Let's find out.

Our body doesn't have an actual clock, but it does have an internal rhythm according to which it schedules major body functions. Called the 'circadian rhythm', this internal clock helps the body adjust to environmental changes, sleep, and activities like digestion and eating. Thus, the timing of your meals can affect your body's weight regulation, metabolic regulation, heart heath and sleep cycle too.

1. Weight Loss
Experts claim, that restricting your meal intake in the window of 6 a.m. to 7 p.m. can reduce the overall calorie intake drastically. This could be because you are most likely to consume fewer calories as the time you have spent in eating has come down. Also a longer duration of overnight fast, helps with increasing fat loss as the body has time to reach a state of ketosis - a natural state for the body, when it is almost completely fueled by fat. In other words the body is using stored fat for energy.

Clinical nutritionist Dr. Rupali Dutta says, "An early dinner is good for digestion, and anything that is good for digestion aids weight loss. It is said that the body is wired to the movement of the sun. The later we eat, more are the chances of the food lying in the intestines, affecting the digestion. On the other hand, if you have your dinner early, you reach the satiety value earlier, the body is able to utilise the food better. The body uses everything we eat. If the calories produced are not put to use, it is stored as fat."

Over stuffing or eating too close to your bed time can increase the risk of heartburn and indigestion, making it harder to fall asleep. Experts warn against bed time munchies as well. Eating late in the night leaves the body on a 'high alert' state, which interferes with the circadian rhythm. It also prevents our body from powering down. If on the other hand, food is taken earlier, it is not only digested better, you sleep well and wake up energised too.

Nutritionist Meher Rajput further lists down the consequences attached, "For people suffering disorders like diabetes, thyroid, PCOD and cardiovascular diseases, it is advisable not only to have a light dinner but also an early one. As Indians we are used to eating sodium rich food for our dinners. Right from dal, papad, vegetables to meat, all of our preparations reek of salt in rather high proportions. If we happen to take these salty foods later at night, it will lead to water retention and bloating, but most significantly a looming risk of high blood pressure.

Restricting the eating to an early hour also ensures better heart health and keeps cardiovascular risks at bay. Meher says, "As we go on hogging more carbs and sodium in our dinners we put our heart and blood vessels to a greater risk of overnight blood pressure. For people suffering from hypertension it is advisable to eat more complex carbs, oats, brown rice and bran chapatis that can work as healthier alternatives."

Experts around the world haven't been stressing on maintaining the two hour gap between bedtime and dinner for nothing. Those who eat their dinner late are most likely to suffer from "non-dipper hypertension", which is a state where the pressure fails to drop properly over night. Ideally, the blood pressure is supposed to drop by at least 10 per cent at night allowing the body to rest well. If the pressure remains raised, it runs the risk of heart disease and, in extreme cases, even a stroke.

The risk can be averted to a greater degree by maintaining good time gap between your dinner and bedtime.

However, if you do feel hungry in the evening or late at night, it is not advisable to starve either. Instead of helping, it would trigger a host of other problems stemming from an unhealthy relationship with food. In such times you can bank on low calorie, protein rich, low carb foods.

If late night hunger pangs are a common occurrence maybe you need to relook at your diet through the day. The idea is not to starve in the evening, but consuming an adequately spread, balanced diet from 6 a.m. to 7. p.m., preferably split into 4-6 smaller meals. To make this work you need to be eating enough during the first half of the day, the idea is to fuel your body well through the day. Your body would only call for food when it feels depraved of fuel. Fitting your major meals into this window may take several days to adapt. Trying to eat at the same time and sticking to it can bring about the change quickly.

High-Protein Diet: Hara Chana (Cholia) Masala Is Ideal For Winters (Recipe Inside)
Shilpa Shetty's 'Sunday Vibe' Was All About Gobi-Gajar-Shalgam Achar - Pictures And Recipe Inside