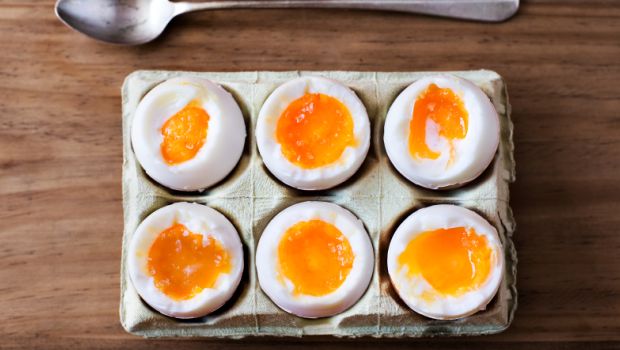 Are eggs good or bad for heart health? The jury is apparently out on the subject, again! The reason for this confusion, yet again, is a new study published in the journal JAMA, which says that consuming as little as even half an extra egg per day may increase risk of cardiovascular diseases and even risk of death. The study results were drawn after looking at data from 29,615 adults pooled from 6 prospective cohort studies in the United States, over a time period of 17.5 years. The study said that an additional 300 mg of dietary cholesterol consumed each day may significantly increase risk of incident cardiovascular diseases and all-cause mortality.

The study said, "Cholesterol is a common nutrient in the human diet and eggs are a major source of dietary cholesterol. Whether dietary cholesterol or egg consumption is associated with cardiovascular disease (CVD) and mortality remains controversial." The data used in the research was collected between March 25, 1985, and August 31, 2016. The data was based on the basis of self-reported dietary habits. During the time period of the follow-up, the researcher said that there were 5,400 incident CVD events (2,088 fatal and non-fatal heart disease events and 1,302 fatal and non-fatal stroke events) and 6,132 all-cause deaths.

The study left egg consumers around the world confused about whether or not eggs are safe for consumption and if yes, then how many eggs should they exactly be consuming on a daily or weekly basis. Before this, several studies have said daily consumption of eggs may help in improving health of consumers, including controlling weight and blood pressure. Take a look at some of the responses to the study on Twitter:

This just in: people who constantly worry about the latest egg cholesterol study don't live as long as people who enjoy eggs along with life in general.

Guess the anti egg lobbyists are at it again

I cant keep up with all the different egg recommendations. Are they good? Are they bad? Geez!!

Here we go again with the egg debate. News flash we are all going to die.

Jokes apart, one of the study authors has tried to clear the air a bit. Speaking to Reuters Health about the study in question, study coauthor Norrina Allen, an associate professor of preventive medicine at Northwestern University's Feinberg School of Medicine in Chicago says that she wouldn't go as far to say that one should stop eating eggs entirely. She added by saying that excessive consumption of dietary cholesterol from any and all sources increases your risk of CVD events and mortality. She advises 'egg maniacs' to go easy on the excessive egg consumption and exercise moderation.