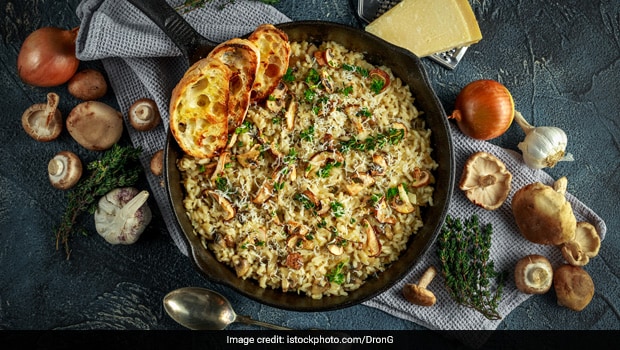 An icy cool breeze blows across the picturesque Lake Lugano in Switzerland. I'm on a boat, heading to Grotto San Rocco, a restaurant that's equally well known for its sweeping views as well as its comforting cuisine. I'm excited and apprehensive in equal measure. Upset that I missed a lesson with a master chef in Milan to craft an authentic risotto. My host assures me that I can learn the same tricks at this popular restaurant in Lugano, the largest city in Switzerland's Italian canton Ticino.

After a Risotto masterclass at Grotto San Rocco and meals at a few restaurants in Lugano, I was convinced that this region of Switzerland serves the finest Risotto outside Italy. This is a dish strongly associated with Northern Italy, especially Milan where I've sampled the finest risotto. So, what is a risotto? In simple terms, it's a rice dish that's cooked with broth until it reaches a creamy consistency. You can use a meat-based broth or one derived from vegetables. The dish takes its name from riso (that means rice in Italian) and typically features ingredients like white wine, onion and parmesan cheese.

A few months later I met Chef Mauro Ferrari, who helms Focaccia - the specialty Italian restaurant at the Hyatt Regency Chennai. As soon as I discovered that he was Milanese, the conversation drifted towards risotto. He served me the classic Milanese version (see recipe below) that gets its colour and flavours from the use of saffron. A popular Northern Italian legend suggests that a glassblower's apprentice who used saffron as a pigment dropped it to a rice dish at a wedding party. The first documented recipes for risotto began to appear in the 19th century but there's still no evidence to suggest who actually invented the risotto.

(Also Read: How To Make Mushroom Risotto At Home)

The first documented recipes for risotto began to appear in the 19th century.

It's common to find a mushroom risotto in many fine dining Italian restaurants in India. This flavourful version is usually made with vegetable stock and is uplifted by the presence of porcini mushrooms. Italian chefs I've met across the world also talk about the risotto al nero di sepia - an exotic black risotto from Veneto made with cuttlefish that gets its black colour from their ink-sacs.

You can try making a risotto at home. The recipe is not complicated but it's critical to stick to the process that can be laborious. The choice of rice is critical since it produces the starch required for a perfect risotto and adds to the creamy textures. While most chefs will tell you to use Carnaroli rice (that Italians call the king or caviar of rice) that produces the creamiest risotto and is also less prone to overcooking. I've found the more widely available Arborio rice (you can find it Indian gourmet stores and supermarkets) is great for risotto too.

Here's How You Can Make Authentic Risotto At Home:

The choice of rice while cooking risotto is critical as it produces the starch required for a perfect risotto.

Risotto is usually served as a first course (after a heavy starter or antipasto) and also occasionally as an accompaniment to meat dishes like the Ossobuco. A typical risotto is also quite heavy, you could serve it along with grilled meat or vegetables or even a light salad with a glass of wine.