In Japan, a Few Days in the Life of Akita Sake 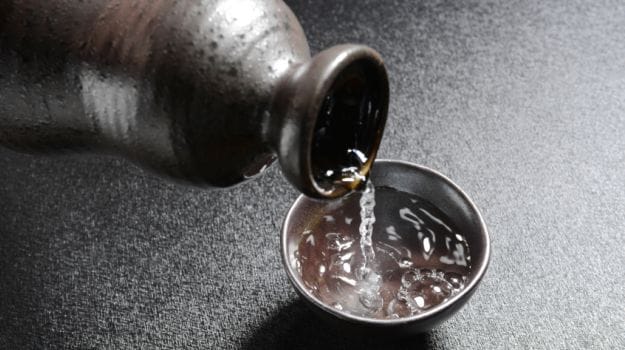 Famous for "Akita bijin," local women admired for their porcelain complexions, Akita Prefecture is also known as a kingdom of fine sake, with 38 breweries. To learn the secret of its fine flavor, I visited the nationally famous Akita Meijou brewery in the southern part of the prefecture to talk with its chief brewer and try my hand at sake production. I also enjoyed discussing local sake with a group of female sake lovers from my generation.

"Akita is a snowy region and therefore suited to sake brewing with its cold climate," said chief sake brewer Masami Honda, 55, as he looked at the snow-capped mountains and the surrounding rich natural environment.

It was cool inside the sake brewing plant. The room temperature is set at about 5 degrees C (about 41 degrees Fahrenheit) year-round to prevent bacteria from growing. Akita Prefecture is one of the nation's largest rice-producing regions, so almost all the ingredients the brewery uses come from the prefecture, along with water from the Omonogawa river system, which runs through Yuzawa.
"This mild-flavored water produces tasty sake," Honda said.

I was assigned to work in this prefecture as a novice reporter 1 1/2 years ago. As a member of a family that runs an izakaya pub in Ibaraki Prefecture, I used to love beer and shochu distilled spirits.
However, I now enjoy sake as a nightcap. Warmed sake seeps into my bones when I come back from working outside.

Founded in 1922, Akita Meijou currently has a workforce of 93 people. Its main brand, Bishu Ranman, is well known outside the prefecture as well. I was told that brewers stop eating natto during the brewing period because its bacteria can interrupt the function of koji rice malt. I'm from Ibaraki Prefecture, a famous natto production site, but I also didn't eat natto for one week before visiting the brewery.Sake brewing starts with steaming rice for one hour at about 100 degrees C. On the day of my visit, the brewery was using the Akitakomachi rice brand. The steamed rice had a firm texture, with its mellow flavor filling my mouth every time I chewed. Sake brewing takes four days: On Day 1, shubo, koji, steamed rice and water are mixed together. Shubo, literally "the mother of sake," is a mixture of steamed rice, water, koji and yeast that promotes the fermentation process.

On Day 2, the mixture is left all day long to ferment. On the final two days, more koji, steamed rice and water are added to the mix and stirred over and over. I observed on Day 3 of the brewery's production of junmai daiginjo, a top-quality sake made from rice milled down to 50 percent or less. Koji, steamed rice and water were poured into a tank through a pipe, and pairs of brewers mixed the ingredients with paddles. I worked with Kinzo Takahashi, a 62-year-old brewer.

It was easy at first to mix a small amount of those ingredients, but I had to put more muscle into it as more koji was added. After just 10 minutes, I had to put all my body's weight on the paddle to move it, breathing heavily. "This part requires the heaviest labor [in the brewing process]," Takahashi said. "Your muscles will be sore tomorrow."

A group in Yuzawa has been working to promote sake among young women. "Cheers! Drink sake and become more beautiful," members of the Komachi-joshukai group said during a meeting last month.
The group consists of about 10 female members in their 20s and 30s, and was set up at the end of 2014 by 26-year-old Ayano Niiyama, who works at an advertising company in the city.

"I hope young women will enjoy delicious sake made in my hometown of Yuzawa," Niiyama said.
The group offered its first sake brewery tour for female beginners in February 2015. The group is also interested in sake containers and vessels, and members painted small cups made from the city's traditional Kawatsura lacquerware during the tour.

The meeting featured a visit to Akita Meijou before a drinking session with the brewery's products. We enjoyed talking about a label with a rose design on one of the bottles there. The Ranman brand has a light, refreshing flavor. I also tried kijoshu, a sake fermented in sake instead of water, on the rocks. I found it tasted like sherry, something I can recommend to other women who do not like sake.

"Sake is a living creature," Honda said. "[Sake brewing] ultimately relies on people's eyes and senses, even though it has been mechanized." His proud face made me want to know a lot more about sake made in Akita.