Lose Weight Quickly By Drinking Teas Made With This Magical Spice 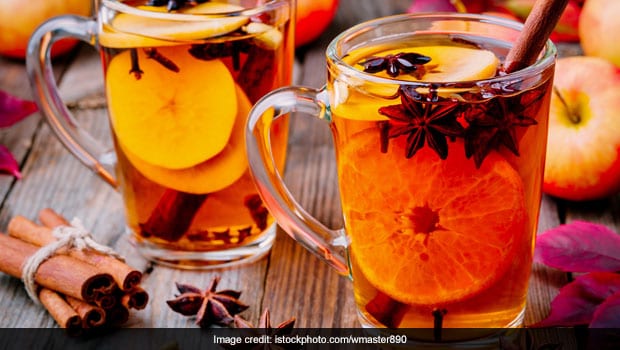 Cinnamon can be used to churn out rich, flavourful drinks

After many failed attempts to shed much weight even after rigidly following our workout regime, we realise that just exercising will not lead us to our goals. What we eat and drink has an equal part to play in maintaining the weight of our body. There are no shortcuts when it comes to losing weight, but there are definitely easy ways to achieve the goal. We have already heard a million times how drinking green tea can help our bereaved cause. But, if caffeine is not what you want to take the place of the lost fat, try this tea made with the healthy spice - cinnamon. This delicious spice that we use to churn out rich, flavourful dishes can also help you scale down kilos and inches.

(Also Read: 6 Reasons You Should Be Drinking Cinnamon Water Daily)

Here are some teas you can make with cinnamon, which will have the edgy taste of the spice and innumerable health benefits:

Lemon is full of essential vitamins and antioxidants that flush out toxins from the body and keep the digestive system running smoothly. Add one lemon juice and one teaspoon cinnamon powder to boiling water and sip it warm.

The advantages of consuming honey and cinnamon together are aplenty. Honey targets all common problems, including weight gain and keeps the skin glowing. Add one teaspoon of honey to tea brewed with one teaspoon cinnamon powder.

Seep one inch cinnamon stick and half teaspoon turmeric powder in water and boil it. The combined properties of both the spices - cinnamon and turmeric - make this tea a truly nutritious one.

Take half inch cinnamon stick, half inch ginger piece and two pods of cloves; ground them till they turn powdery. Add the mixture in boiling water. Strain and drink it warm. You can also add honey in this tea if the strong, bitter flavour is too much to take.

Cinnamon-infused teas are a great replacement for caffeinated teas. Cinnamon, which is regarded as a far cutter, is a must-try spice to be had in the form of tea if you are watching your waistline.