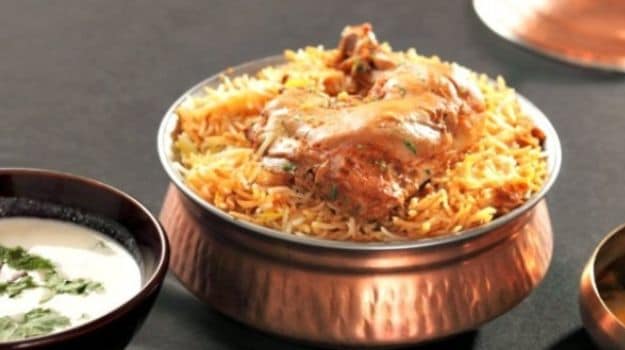 The Mappila community of Kerala owes a lot to the spice trade that had been happening in the Malabar region since 1000 BC. The famed Tellicherry black pepper that brought seafarers from as far as Rome changed the culinary landscape of not just the traders who took the spices to faraway lands and introduced pepper into the diet of Europeans, but also of the local communities. Drawing from the Portuguese, Dutch, English and most heavily, Arab influences, Mappila food is the best sort of amalgamation of local and borrowed food traditions.

The bare bones of Mappila cooking rest on the choice of spices used in the various aanams (coconut milk-based curries), kootans (yoghurt-based curries) and desserts. Red chilli, cardamom and cloves take center stage in this cuisine. Other commonly used flavourings are ginger, curry leaves, and coconut. Tamarind, and in some cases, green mango are used as souring agents. Ironically enough, the Tellicherry pepper that was so instrumental in shaping the history of Mappila cuisine, features very rarely in the food!

Kerala & Cooking with Coconuts: Why is it so Special?

The pièce de résistance of Mappila cooking is without a doubt the Tellicherry Biryani. It differs from Mughlai biryani in a few important ways. Unlike the Mughlai variant, where the meat is tenderised by marinating the pieces in yoghurt for several hours (a classic Persian technique), Tellicherry biryani does not rely on yoghurt to give the meat its characteristic fall-off-the-bone quality. Instead, the meat gets its softness from the long hours of being kept on dum - which involves providing heat from both the top and bottom of the vessel.

Other mainstays of Mappila cuisine involve the various pathiris, which are flatbreads made of rice. Meen Pathiri, which is curried fish placed between two rice and coconut flatbreads and steamed, makes for a particularly delicious one-plate meal. Rice and coconut are also powdered and steamed in a cylindrical vessel (or even inside a bamboo stem) to make the popular puttu. Although puttu is found throughout Kerala, layering it with meat (Erachi Puttu) or seafood is a Mappila specialty. A thicker rice flatbread, orroti, is used to mop up aanam or ishtew, and makes for a typical Mappila dinner.

On special occasions, no Mappila breakfast table is complete without mutta sirka, which is deep-fried rice and egg pancakes, and its accompaniment of spicy scrambled eggs. Another trademark dish is alisa, which involves slow-cooking wheat with various spices.Reminiscent of haleem (slow-cooked meat dish) found in several parts of India and Pakistan, alisa also bears close resemblance to the Arab and Persian dish, harisa.

The Arab influence is most apparent in Mappila food in terms of certain techniques used in the preparation of the meals. For example, ghee features widely in Mappila food, although the rest of the communities in the region rely heavily on coconut oil. The Arab Bedouins are also known to use ghee made from the cattle that they rear.

Another common characteristic is the affinity for stuffed meats. In the case of Mappila food, kozhi thalayana, a whole chicken stuffed with boiled eggs and then encased in dough and baked is a classic that clearly draws inspiration from various Arab dishes like the stuffed camel, where a camel is stuffed with a chicken which is then stuffed with a boiled egg! And like the Arabs, the Mappilas, until quite recently, enjoyed festive meals by sitting around in circles and sharing from a giant platter set in the middle.

A Slow-Cooked Beef Feast to Cook for Guests This Weekend

Although it may seem that the best of this unique cuisine is borrowed, arikadukka is testament to the ingenuity and culinary prowess of the Mappila matriarchs - mussels are first stuffed with a fragrant rice and coconut paste, and then marinated in a fiery batter made of red chillies and finally, fried to perfection. Although a long drawn out process, what results is worth it – the perfect balance of soft and crispy, spicy and sweet in every mouthful.

Promoted
Listen to the latest songs, only on JioSaavn.com
Mussels, difficult? A myth without legs