The three culinary maestros will not be returning as judges and mentors for the next season of MasterChef Australia. 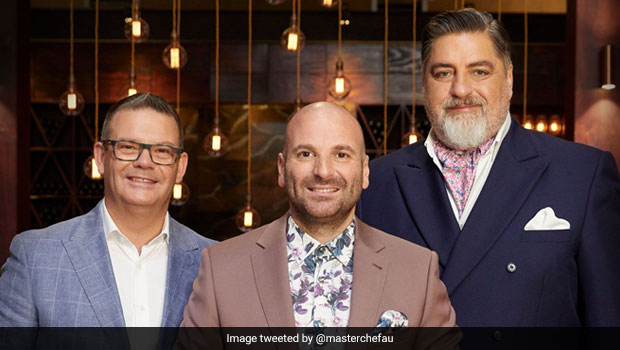 All three judges of MasterChef Australia are exiting the show

Popular cooking reality show, MasterChef Australia just wrapped up their 11th season with Larissa Takchi being crowned the winner. But the exciting ending of MasterChef Australia 2019 brought with it another big news - the three judges of the show - Gary Mehigan, George Calombaris and Matt Preston - bidding goodbye to the show after a long and memorable run. The three culinary maestros will not be returning as judges and mentors for the next season of the show, with the MasterChef Australia's official Twitter handle announcing the news shortly before the conclusion of the latest season. Fans reacted to the news with the shows farewell garnering thousands of replies, fondly remembering the judge's role in mentoring so many contestants and bringing the joy of cooking to our television screens.

Take a look at MasterChef Australia's farewell tweet for the three judges:

After 11 sensational seasons, we bid a fond farewell to our judges - Matt Preston, Gary Mehigan and George Calombaris. Thank you for being a part of this remarkable #MasterChefAU legacy and helping make the culinary dreams of everyday home cooks come true! pic.twitter.com/uG0A3ec8jI

While some fans reacted to the news by expressing gratitude to Preston, Calombaris and Mehigan for engaging and entertaining the viewers for so many seasons, some others wished them well for their future endeavours. Numerous fans of MasterChef Australia rued that the exit of the three judges, who had become the faces of the show, will change the show forever and that it would never be the same again. A lot of Twitter users also said that letting all three judges go together was a 'bad decision'.

Also Read: MasterChef Australia Judges on Indian Food Being Like Fireworks in the Mouth, and More

Here are some of the reactions from Twitter users:

The three of you are MasterChef. Won't be the same without you. To bigger challenges!

This is dreadful news! I live in the UK and Masterchef Australia is far superior to the UK version and the main reason for this are Gary, Matt and George.

Thank you so much for your brilliance in every aspect of this culinary show, and for your care and concern for the contestants. It won't be the same. I wish each of you well. How fortunate for your viewers that you taught us so much and with such joy.

I personally think these guys can't be replaced, the chemistry has been there for years! It was a great show.

For their part, the 'three musketeers' as the judges called themselves, also shared their goodbyes on their individual social media pages. They each thanked the fans and the contestants of the show, as well as Network 10 revealing that the reason behind the exit was failed negotiations regarding the terms of the contract for the new season. Gary Mehigan in his post on Instagram said, "We couldn't agree on the term of the new contract for 2020 and season 12. Something we felt very strongly about." Meanwhile, George Calombaris said, "We were close to signing a new contract for season 12 however the dates just didn't align."

The CEO of Network 10, Paul Anderson, had also released a statement about the sudden exit of the judges saying, "Despite months of negotiation, 10 has not been able to reach a commercial agreement that was satisfactory to Matt, Gary and George." Who do you think should succeed the 'three musketeers' of MasterChef Australia? Let us know in the comments section below!