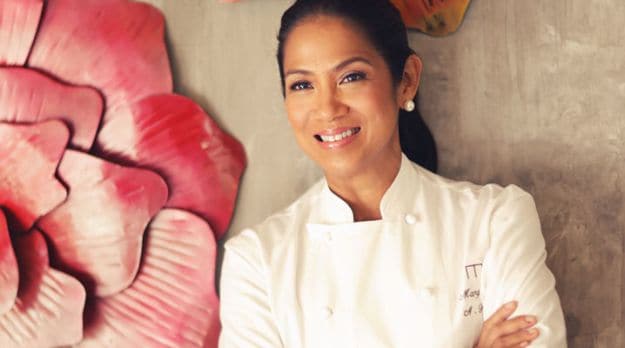 While women are taking up jobs in almost all sectors that were once men dominated, men have also forayed their way into areas that were once a woman's prerogative. When it comes to the culinary space, some of the most celebrated and awarded chefs are men, but the recent announcement made by the Asia's Top 50 rekindled the fact that cooking shall remain a woman's special and inherent instinct. The prestigious title of Asia's Best Chef 2016 has been conferred upon Margarita Forés from Manila, Philippines.

The official website describes Chef Margarita as an "inspirational chef and restaurateur flying the flag for the Philippines". Forés left for Italy way back in 1986 to hone her culinary skills, ever since she has been impressing food enthusiasts and experts globally with her exquisite Italian delicacies. Chef Forés brings onto the table not only Italian gourmet affaire but delectable items carrying significant bearings from Filipino food culture.

"The majority of Forés's restaurants are focused on the pleasures of Italian dining, but each has its own niche... The gregarious chef's empire extends to 28-year-old catering company Cibo di M, where she has fed the likes of former Philippine President Gloria Macapagal-Arroyo and the King and Queen of Spain." Asia's 50 Best website.

This is the first time ever that Asia's Best Female Chef title has been awarded to someone from Philippines. Chef Margarita Forés will receive her award at the Asia's 50 Best Restaurants 2016 ceremony which will be held on the 29th of next month in Bangkok, Thailand.

Not to mention trails of congratulations and wishes that came pouring in on her achievement!

In my excitement, I forgot to mention Grace Park! #margaritafores#asiasbestfemalechef2016 .@Asias50Best

#MargaritaFores is the chef behind Cibo, Grace Park, and Lusso. #Asias50Best@rapplerdotcom

CommentsWe at NDTV Food celebrate good food and everything spun around it. We congratulate Chef Forés and wish her best of luck!