Mishti Doi: How To Make This Popular Bengali Dessert At Home

Mishti doi is prepared by boiling milk until it is slightly thickened, sweetening it with jaggery, and allowing the milk to ferment overnight. 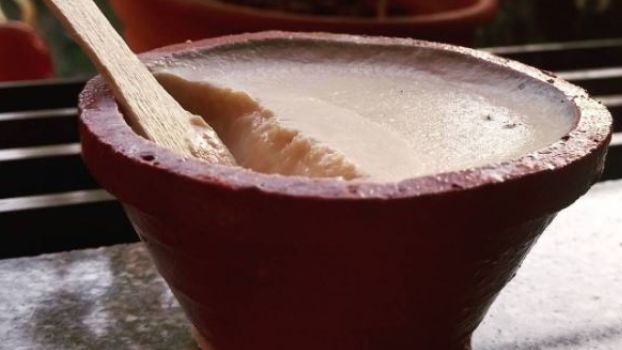 The humble Mishti Doi may not involve the precision and craft that goes into making most popular Bengali sweets, but it's growing fanbase tells a different story. This easy-to-make and completely hassle free dessert holds its own amidst the extensive range of Bengali desserts. Popular across West Bengal, Orissa, Bihar and Bangladesh, Mishti Doi is a fermented sweet curd made by thickening milk and is sweetened with jaggery. It differs from the plain yogurt because of the technique of preparation. This mixture is placed in a traditional clay or earthen pot, to keep it cool. The moisture contained by its porous walls not only further thickens the yoghurt, but simultaneously also produces the right temperature for the growth of the culture.

The use of Jaggery can be seen across several Bengali desserts like nolen gurer sandesh, patishapta etc. Did you know the region of Bengal was once known as Gour Banga, deriving the name from its large production of 'Gur' (molasses). The region may be known differently now, but the influence of gur spills over to its sweets. A festive favourite, Mishti doi is prepared extensively during auspicious occasions like Durga Puja and Bengali New Year (pohela baisakh). Restaurateur and Chef Sabyasachi Gorai says, "I grew up in Asansol, where it would already begin to get hot by the time of Pohela Baisakh, hence I would particularly be attracted to Mishti Doi or Bhapa Doi made by my father. We would team it with the Roshogollas. Mishti Doi would be the cool delight for me in the onslaught of summers."

Mishti doi is prepared by boiling milk until it is slightly thickened, sweetening it with jaggery, and allowing the milk to ferment overnight. It is also often delicately seasoned with a pinch of cardamom for fragrance and flavour.

How to Make Mishti Doi

1.Heat the milk in a heavy based pan and reduce it to 1/4th its quantity.

2.Heat the jaggery in a heavy saucepan and melt it down using 10 ml of water.

3.Add the jaggery to the boiling milk and stir well.

4.Cook for another 5 minutes and cool down to about 40 degree C.

5.Stir in the curd. Do make sure that the milk is not too hot when the curd is added. Pour in the mixture into a terracotta or clay pot and keep in a warm place to set. Serve chilled.