Passenger Finds Lizard in His In-Flight Meal. Air India Says it's a Hoax! 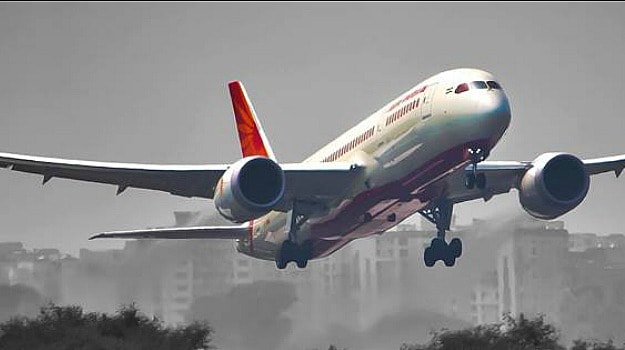 Air India announced on Saturday that it's currently investigating how a lizard ended up in one of its in-flight meals. The picture of the lizard poking out from behind a bun has been doing the rounds on social media for the last two days and created some real uproar.

Dis pic of a lizard in a passenger meal has scarred me for life. Don't see myself eating ever on an aircraft pic.twitter.com/H0FlwHegt5

One of the passengers that travel on Air India posted a picture of a lizard being found its New Delhi-London flight and said that the incident happened on Thursday. It was not immediately clear if the animal was dead or alive. "We are investigating how it got in the meal. We are enquiring the caterer and our in-house departments," Praveen Bhatnagar, an Air India spokesman, told AFP.

(The Most Disturbing Meal Ever!)

The state-run carrier, which has not reported an annual profit since 2007, has been hit by a string of technical glitches and other embarrassing incidents, including staff turning up late for flights. In April, the airline made headlines when it had to ground two of its pilots after a fight erupted between the pair just before takeoff.(Human Tooth Found in McDonald's Fries!)

While the picture of the lizard has gone viral online, Air India is denying the reports. The airline has termed it a "hoax" to tarnish its image. "This incident never happened. As there is no record of it, no complained that was filed either in London, New Delhi or on-board the flight. No cabin crew or even the other passengers on the flight are even aware of such an incident and no one has come forward to complaint even now," said and senior Air India official (as reported by a popular daily).

Listen to the latest songs, only on JioSaavn.com
"It is clearly a hoax. This all started with a picture appearing on Twitter. We are investigating the matter, as to who has placed the picture, and what is the claim of that person," the official added.

The airline has warned that if the incident actually turns out to be a hoax, which it is certain-of, then it may also resort to legal action. "Our food is catered by the India's best hospitality chain the Taj. The Taj Sats delivers one of the finest and award winning in-flight food. This is all being done to tarnish our image," the official added.