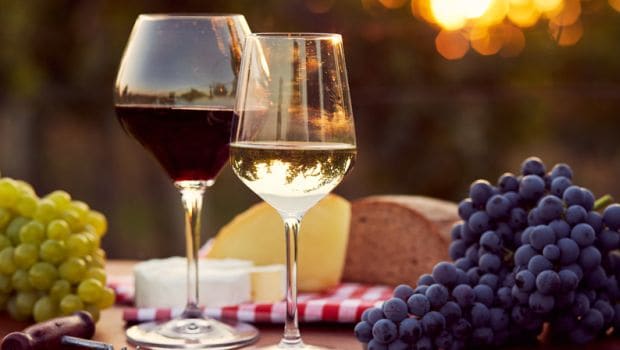 Highlights
"This isn't so much a harvest, as a hunt for grapes," said French winemaker Jean-Jacques Robert, with a rueful laugh as he unloaded grapes still warm from his vineyards around Fuisse in Burgundy.

"It's a catastrophe, the worst harvest for 30 or 40 years," said the normally cheery 64-year-old owner of Domaine Robert-Denogent.

The organic winemaker lost between two-thirds and three-quarters of his harvest in one hailstorm in April.

He is not alone. For thousands of French winemakers, 2016 will go down as an annus horribilis, with vines destroyed by frost, heavy rain, hailstones "as big as ping pong balls", mildew and drought near the Mediterranean.

"All that was missing was a plague of frogs," said Robert's son Antoine, whose near century-old Beaujolais vines were also devastated.

Official figures from the Ministry of Agriculture show 2016 as one of the worst years in three decades, with production down one third in Champagne and other key wine regions like Burgundy and the Loire valley almost as badly hit.

For some winemakers in Chablis and Chiroubles, two of the country's most famous wine villages, the loss was almost total.

Yet not all areas were hit. Bordeaux and Alsace had bumper crops even as national production plummeted by 12 percent.

But in areas that got the worst of the weather, it was organic winemakers and those from France's growing "vin nature" movement -- which campaigns for a return to more natural wines -- who suffered most.

Unable to spray damaged crops, they had to watch as mildew ripped through their vines.

And for a few staring ruin in the face, that meant "going against our principles" and using chemicals.

"It's the most difficult decision I have ever taken," said Vincent Dureuil-Janthial from Rully in Burgundy, knowing he would lose the organic certification had held for a decade.

"It felt like a personal failure," he told AFP. But with six employees to pay "I had to take a decision as a business owner to save what little of the crop was left to save."

Such dilemmas have prompted more than 130 restauranteurs and wine shops to launch a donations drive to save "more interesting" winemakers from going to the wall.

"Many winemakers are really in a very bad situation," said Laurie Lacroix, spokeswoman for the Vendanges Solidaires group. "Many cannot afford insurance, and particularly for those who are starting out it has been disastrous.

"There is no state support or compensation. It is a real high wire act," she added.

With climate change, Lacroix warned that we may be seeing a "far more capricious environment" for winemakers.

Jean-Jacques Robert said making wine has always been like playing Russian roulette with the elements.

The one saving grace is that the grapes they have managed to harvest are of very good quality.
Further south, Thibault Liger-Belair, whose old vines in the Domaine de Roches Roses vineyards in Moulin a Vent were similarly "ravaged", said the grapes that did survive are so small he jokingly compared them to caviar.

"They are of very good quality even if we will have only 20 percent of the wine we would normally produce," he added.

His main vineyards in Nuits Saint-Georges fared not much better, while parts of neighbouring Fleurie suffering a similar fate.

"The worrying thing for many winemakers is that this comes after a below average harvest in 2015 due to hot weather," he added.

Which means prices may have to rise.

Promoted
Listen to the latest songs, only on JioSaavn.com
But Liger-Belair warned that there was little room for manoeuvre. "Unfortunately if you have a miserable year in terms of quantity you cannot just pass that on."

Louis-Fabrice Latour, of the Burgundy wine producers group BIVB, said he had already sensed a "slowdown in the market" which would only get worse because of Britain's exit from the EU and uncertainty over the US presidential elections.