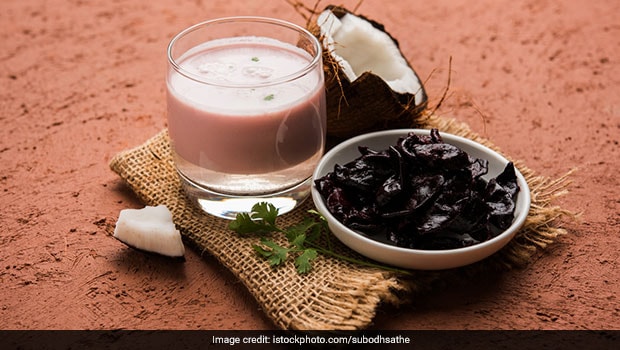 Summer Drinks: Sol Kadhi is made from kokum and coconut milk

Indian summers can drain the energy out of your body, leaving you feeling dehydrated and sluggish. A dreaded characteristic feature of summer season in the Indian subcontinent is the heatwave, which means temperatures of 40 degrees Celsius and above. In India, summers peak in the months of April and May and continue for three or four months. During the season, people take special precautions to keep their bodies cool naturally and protect it from dehydration and accompanying symptoms. Some desi fruits and vegetables are especially cooked with, in order to replenish the body's fluid stores and also help it stay cool. Kokum is one such fruit that is especially loved by communities on the Konkan belt, including Goans.

Kokum is used as a souring agent in a number of Konkani curries and is also used to prepare cooling drinks like kokum juice and sol kadhi. The latter is especially enjoyed along with or after meals during summers. Just like sweet lassi or masala chaas in the Northern states of India, sol kadhi is quite a fixture in the summer thalis of Konkan. It is served in small bowls or steel glasses along with a range of vegetarian curries/subzis and/or seafood. Made from the deliciously tarty kokum fruit and coconut milk, the blush pink coloured sol kadhi is a delight to sip on, not just because of the refreshing taste, but also because it comes with a range of health benefits.

Also Read: How To Make Quick Kokum Sharbat At Home?

1. Kokum is known to promote weight loss by curbing appetite.

4. It is naturally cooling in nature.

Here is an authentic Konkani sol kadhi recipe from YouTuber Vaishali Polke (Being Marathi) that you can make at home, to beat the summer naturally: