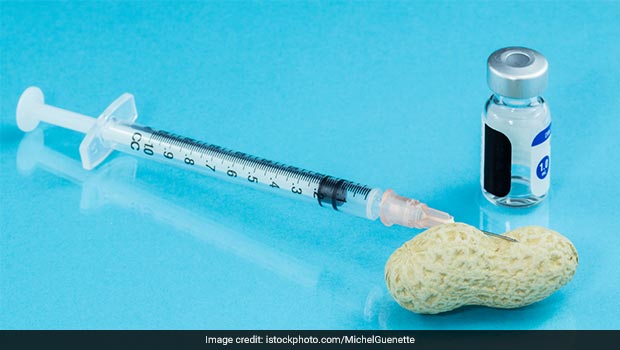 People with the tendency of developing allergies can catch them from any food. While seafood is the most common class of food that leads to allergic reactions, peanuts come close. Immune system of the body, which is intolerant to peanuts, loses its power to protect from infections. It ends up reacting adversely to the proteins contained in the nuts. The symptoms may include swelling or redness of face, cold or cough, itching or even digestion issues. In some cases, peanut allergy reactions can be quite severe, which can be settled down through medication only. Low immunity spells disaster for bodily health. It leaves you prone to constant common infections and deadly diseases. Having a sound immunity system is very important, especially, for small children who are even more vulnerable.

A study was recently conducted to ascertain if preschoolers who are allergic to peanuts could be given oral immunotherapy (OIT) to build their immunity. The findings suggest that it can be given to the children as a routine treatment.

The study was published in Journal of Allergy and Clinical Immunology and its lead author Lianne Soller said, "Although there have been many clinical trials of peanut oral immunotherapy in older children and one trial in preschoolers, there has been a lack of real-world data due to safety concerns of offering this treatment to preschoolers outside of a research setting."

Can preschoolers who are allergic to peanuts be given oral immunotherapy (OIT) to build their immunity?

Spanned over 22 weeks, the researchers roped in a group of children who were made to see a paediatric allergist every two weeks and were given a dose of peanuts that was gradually raised with every visit. The parents of those children were instructed to give the same dosage at home, including epinephrine whenever required. The process was carried on until the maintenance dose of 300 mg of peanut protein was achieved.

The progress of the children, including symptoms and reactions at clinic visits and home treatments, were constantly monitored. "The goal of our project was to confirm the safety of preschool peanut OIT in a much larger sample of patients in the real world," said Dr. Edmond Chan, senior author.

The study revealed that 243 children (90 per cent) were successful in achieving the target, while 27 children, or 10 per cent, left mid-way.

Dr. Edmond Chan concluded, "Many allergists do not believe OIT should be offered outside of research settings, and have not routinely offered it as a therapy for peanut allergy in their clinics due to safety concerns. We hope that our data demonstrates that the treatment is safe in preschoolers, and could be offered to families of preschool children with peanut allergy who ask for it. There appears to be a big difference in outcomes in preschoolers compared to older children."

The findings of the study should prove helpful to scores of children across the globe who are allergic to peanuts, and will also relieve their families.