The 12 Most Pesticide-Contaminated Fruits and Vegetables Of 2015 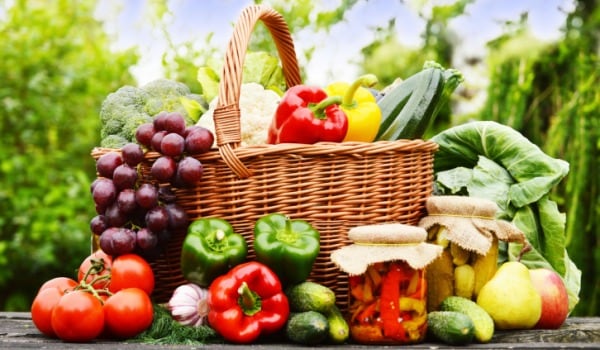 Oh, how do you like them apples? The Environmental Working Group (EWG), a non-profit advocacy agency has released their list of the most contaminated fruits and vegetables - and apples have been ranked as the most contaminated - fifth year in a row. The Dirty Dozen list includes the top 12 fruits and veggies with the highest amount of pesticide residues. The agency hopes to enlighten people so they study the list, stay away from this produce and go for the organic options instead, at least for these 12 items.

"The bottom line is people do not want to eat pesticides with their fruits and vegetables," said Ken Cook, EWG's president and co-founder. "That's why we will continue telling shoppers about agricultural chemicals that turn up on their produce and we hope we will inform, and ultimately, empower them to eat cleaner."

According to a statement, the EWG's Shopper's Guide to Pesticides in Produce ranked pesticide contamination on 48 popular fruits and vegetables based on an analysis of more than 34,000 samples taken by the United States Department of Agriculture (USDA) and federal Food and Drug Administration. It was found that pesticides persisted on fruits and vegetables even when they were washed or peeled.

This can't be good, especially when pesticides have been linked to a range of health problems, including cancer, developmental problems and lower IQ in children.

"We are saying, eat your fruits and vegetables," said Sonya Lunder, EWG's senior analyst. "But know which ones have the highest amounts of pesticides so you can opt for the organic versions, if available and affordable."

99 percent of apple samples tested positive for at least one pesticide residue.

98 percent of peaches tested positive for at least one pesticide residue.

Similarly, 97 percent of nectarines tested positive for at least one pesticide residue.

A single sample of strawberry showed 13 different pesticides a piece.

It ranked sixth on this year's list of Dirty Dozen.

This leafy veggie dropped to seventh this year, from sixth last year.

It ranked ninth on last year's Dirty Dozen list too.

The average potato had more pesticides by weight than any other produce.

EWG says the Dirty Dozen + category focuses on food that contains trace levels of highly dangerous pesticides. Though these don't meet the Dirty Dozen ranking criteria, they are contaminated with insecticides that are deadly to the human nervous system. Leafy greens - kale and collard greens - and hot peppers feature in this list.

Research conducted by USDA scientists in 2007-2008 found 51 pesticides on kale and 41 pesticides on collard greens. Several of those pesticides -famoxadone, dieldrin, oxydemeton, chlorpyrifos , DDE and esfenvalerate are extremely toxic.

Though farmers would have altered their pesticide practices since 2008, esfenvalerate and chlorpyrifos are still allowed on leafy greens. Likewise, Organochlorine pesticides DDE and dieldrin were banned a few years ago but still linger on your greens even today. Organophosphates pesticides - which are potent neurotoxins - can damage children's intelligence, brain development and nervous systems even in low doses.

How to Stay Safe

Shop smart and buy organic whenever you can. It's always a good idea to shop from Local farmers' markets.

Simple Tricks to Remove Pesticides From Fruits and Vegetables

A study by Cynthia Curl of the University of Washington found that people who "often or always" buy organic produce had significantly less organophosphate insecticides in their system even though they reported eating 70 percent more servings of fruits and vegetables per day than adults who said they "rarely or never" purchase organic produce.

How To Make Restaurant-Style Pasta: Try This Chef-Special Spaghetti Aglio Oilo Peperoncino
Quick And Easy Sweet And Sour Sauce Recipe For All Your Chinese Meals