The Chilli Pepper: Hot for You? 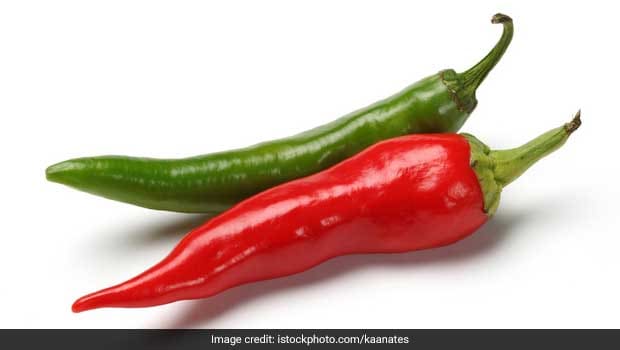 Amy Fleming explores the searing science of the chilli pepper. Do you throw them in everything, use particular peppers for certain dishes, or does chilli heat leaves you cold?

The world would be a far less delicious place without chillies. I got seriously into them at university, where I used to make a tom yum soup that would have me simultaneously weeping, coughing, sneezing and snotting. Now I'm a bit more grown up and sophisticated I try to tread that fine line between macho and gourmet by aiming for a result that is as hot as possible without detracting from the flavours of a dish.

Where precisely this line sits is subjective. One diner's delight is another's agony. Most chilli lovers will attest to having built up a tolerance through sheer masochism, but we don't all start on a level playing-field.

Chillies make us feel as if we have licked a Bunsen burner flame because a compound called capsaicin triggers our bodies' heat receptors (that's the TRPV1 receptor, fact fans). These lurk all over our bodies and our tongues house concentrated clusters of them, but their prevalence and spread differ in all of us. For instance, a 2008 study showed that people with irritable bowel syndrome often have more in their colons.

Other people seem completely immune to capsaicin. Paul Bosland of the University of New Mexico's Chile Pepper Institute only knows of "three individuals who can consume the hottest chillies without sensing any heat". I wonder whether one of them is Anandita Dutta Tamuly from India, who chomped through 51 bhut jolokias (which measure more than 1,000,000 heat units on the Scoville scale: 400 times hotter than Tabasco) to set a Guinness world record. For added bravado, she also rubbed some in her eyes.

I swear my capsaicin tolerance has plateaued. Is there a limit? Scientists have striven to identify the mechanism by which we become desensitised to chillies, but as Arpad Szallasi, who has been studying capsaicin's potential clinical uses for pain relief for 25 years, says: "It is all only a hypothesis."

"Probably what happens," says Szallasi, "is that you are exposed to high doses of chilli, and then your capsaicin-sensitive nerve endings in your nose and tongue send signals to the cell bodies, which then turn off the synthesis of this receptor. So the receptor disappears." And if we stop eating chilli for a few days, the signal ceases and we start making the receptor again, hence our tolerance decreases.

One popular rationale as to why chilli lovers enjoy the pain is that the pay-off is an almighty endorphin rush, but Szallasi has seen no clinical evidence of this. His research focuses on the topical analgesic effects of capsaicin (which is to do with the desensitising of the TRPV1 receptors). "If there is any endorphin relief," he says, "it is very secondary." Psychologists have suggested that our enthusiasm for chilli-laced food is all about that weird ability in humans to get their kicks out of negative experiences, such as horror flicks and jumping out of aeroplanes.

How dangerous is chilli?

There was a sad tale in 2008 of Andrew Lee, a strapping 33-year-old man from Doncaster who died after mixing potent fresh chillies with tomato sauce and eating it for a dare. His girlfriend told how he fell asleep itching all over, and never woke up. The story went viral and became a cautionary tale for chilli-heads the world over. A quick call to Doncaster coroner's office has confirmed his death was not as a result of a reaction to the chilli sauce.

"I don't think that eating chillies can expose you to any danger," says Szallasi, because not much enters our bloodstream, hence the adage "chillies bite twice" - on the way in and out. Szallasi did hear of a prisoner in the US dying from an asthma attack after being subdued with pepper spray, which punches in at 2,000,000-5,300,000 Scoville heat units (SHU) but generally, he says: "Chilli is very, very, very safe."

A tale of two chillies

Capsaicin levels differ wildly from batch to batch of the same pepper species. "These variations are caused by many factors," says award-winning British chilli farmer Joanna Plumb, such as maturity of the plant. "Sometimes the first chillies from a plant will have no heat." Ripeness is also a factor. "Heat starts in the membrane that the seeds attach to and as the pod matures to full size the capsaicin spreads throughout." Holding back on the watering, too, makes for hotter chillies. "We think we've proved that with the calderos (usually 1,000-5,000 SHU) last year, which were starved of water causing them to become as hot as habaneros (100,000-350,000 SHU)."

The best part of a chilli to test for heat, says Plumb, is "right up at the top, just below the stem. Slice the stem off and stick your tongue on the exposed flesh of the pod. The tip is usually the mildest part." And we respond differently to the capsaicin, according to the type of chilli. "A jalapeno may burn straight away, whereas a naga will burn straight away, too, but the effect tends to build. Five minutes later your mouth will very likely be burning hotter than when you first tried it."

It riles Plumb that we British often focus on the heat of chillies and ignore their flavour. "Lemon drop has a distinctive citrus aroma and taste," she points out, while "scotch bonnet is sweet and fruity. And with a naga you want the aromatic flavour and some of the heat. I tell customers to chop slivers [into curry], cook for a while, then taste and add more as needed."

I love smoky, leathery, dried chipotle, which reminds me of pulled pork from the American deep south. It is a staple of Mexican food, too, as are trusty jalapenos. I whack the pickled variety on pizza, in burger buns, salads and anything needing a twist of sweet, sour and fire. But many British recipes don't even specify chilli types.

Are you fussed about using specific chillies for certain dishes, and if so, what do you recommend? Or do you prefer using a chilli sauce (it's El Yucateco hot green sauce for me, every time)?

Fire and ice: a frozen chilli pepper. Photograph: Johanna Parkin for the Guardian