The Dangers of Eating Raw Oysters 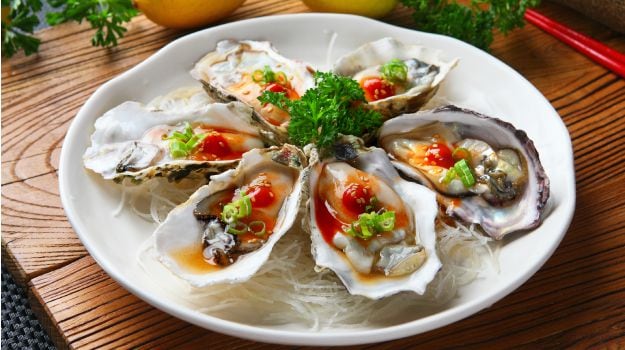 Promoted
Listen to the latest songs, only on JioSaavn.com
As the monsoon fades out, demand for seafood will see a sharp rise. While we're all for grilled fish and pan-seared prawns, we should warn you about chucking raw oysters and other shellfish. According to a study published in the journal Applied and Environmental Microbiology, eating raw oysters and shellfish may increase your chances of being infected with a virus that causes stomach pain, diarrhoea, nausea and vomiting.

Oysters not only transmit human norovirus but also serve as a major reservoir for these pathogens, the findings show. "More than 80 percent of human norovirus genotypes were detected in oyster samples or oyster-related outbreaks," said author Yongjie Wang, professor at the Shanghai Ocean University in Shanghai.

"The results highlight oysters' important role in the persistence of norovirus in the environment, and its transmission to humans. They demonstrate the need for surveillance of human norovirus in oyster samples," Wang said. In earlier research, the examiners found that 90 percent of human norovirus sequences in China came from coastal regions. The current research said the same is true all over the world, except in tropical regions. Oysters's status as vectors for human norovirus transmission is likely abetted by their presence in coastal waters, which are frequently contaminated by human waste, Wang said.

Previous research says noroviruses can persist for weeks in oyster tissues, and commercial depuration fails to expunge them. Wang advised people who eat oysters and other shellfish to not eat them in their raw form but cook them first.