Which Kind of Cutting Board is the Best - Plastic or Wood? 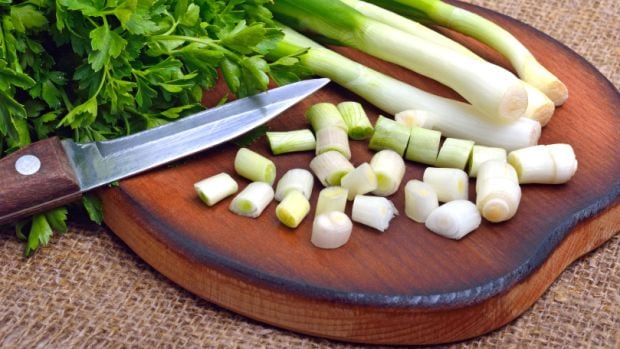 Highlights
While shopping we always go through the dilemma of choosing amongst the best alternatives. We want maximum utility and durability out of the purchased product. When you go shopping for the cutting boards you will feel trapped between choosing between plastic and wood. The shopkeepers will try and give you the advantages of both, adding to your confusion. Is there a way you can make a wise decision and make sure your money is well spent? Here is the answer.

Many people believe that plastic is the most sanitary cutting board material, especially since, unlike wood or bamboo, it's safe to run through a dishwasher. However, a University of Michigan study found that “more bacteria are recovered from a used plastic surface than from a used wood surface." The study also found that although a new plastic board could be disinfected, a knife-scarred plasti surface was impossible to clean and disinfect manually.When you also consider that a knife-scarred surface means plastic is getting into your food, that plastic cutting board isn't looking so great after all.

But in the late 1980s, a researcher named Dean Cliver – who later came to be known as Godfather of cutting board food safety - decided to investigate whether plastic cutting boards were indeed safer. He found that while plastic cutting boards are easier to sanitise, but cutting on them also leaves a lot grooves where bacteria can hide.Unlike wood, plastic has no inherent antiseptic properties. However, unlike wood, plastic boards do allow rinsing with harsher cleaning chemicals such as bleach and other disinfectants without any damage. Wooden boards when washed with harsher chemicals can retain some of these chemicals which can later contaminate other food.

Talking about the wooden cutting board, it is a renewable resource and is more durable. Most people prefer using it since it doesn’t scar as easily as plastic. Not only do wood boards last longer, they also help in keeping the knives stay sharp for a longer time. Wood boards don’t make the blades blunt as quickly as plastic boards. Wood shows the ability to halt the growth of and kill bacteria on its surface. Both new and used wooden cutting boards maintain this ability equally well.

In a study conducted at the University of Wisconsin they tested which surface was better by using bacteria known to produce food poisoning namely Salmonella, Listeria and Enterohemorrhagic E.coli. These bacteria were placed on cutting boards made from seven different species of trees and four types of plastic. All the wooden boards consistently outperformed the plastic.

In a nutshell, wooden cutting board is what you should have in your kitchen and to make it last longer regularly oil your board with food-grade mineral oil to protect it from staining or warping.