Your Hands Will Reveal the Struggle to Resist Temptation and Maintain Self-Control Over Food: Study 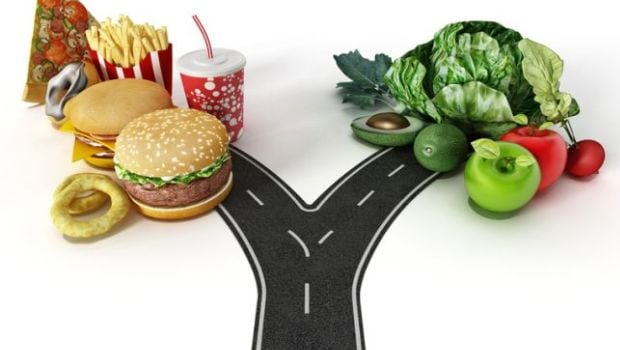 Highlights
Are you eyeing a frosty dessert over a salad? Pick wisely, as it will tell a lot about you. According to a study conducted by the Ohio State University, Columbus, people's hands revealed the struggle they were under to choose the long term goal over short-term temptation. The study suggested that people, who choose unhealthy food over healthy food in real time, are likely to have a lower self-control to resist temptation.

The researchers made the participants view pictures of healthy and an unhealthy food choice on opposite sides of the top of a computer screen and asked them to move the cursor from center bottom to select one of the foods. People who moved the cursor to the unhealthy treat later showed less self-control than those who made a healthy choice by clicking on the healthy treat.

"Our hand movements reveal the process of exercising self-control. You can see the struggle as it happens. For those with low self-control, the temptation is actually drawing their hand closer to the less-healthy choice." said Paul Stillman, co-author of the study and postdoctoral researcher in psychology at The Ohio State University.

Out of the many experiments, one of the studies was carried out on 81 college students who made decisions involving healthy versus unhealthy food choices. The results showed that those who chose the candy bar at the end of the experiment were those with lower self-control, had tended to skew closer to the unhealthy foods on the screen. "The more they were pulled toward the temptation on the computer screen, the more they actually chose the temptations and failed at self-control," Stillman said.

"This mouse-tracking metric could be a powerful new tool to investigate real-time conflict when people have to make decisions related to self-control. The findings also offer new evidence in a debate about how decision-making in self-control situations unfolds" Paul Stillman said.