Sip Away: A Cup of Coffee to Improve Your Athletic Performance 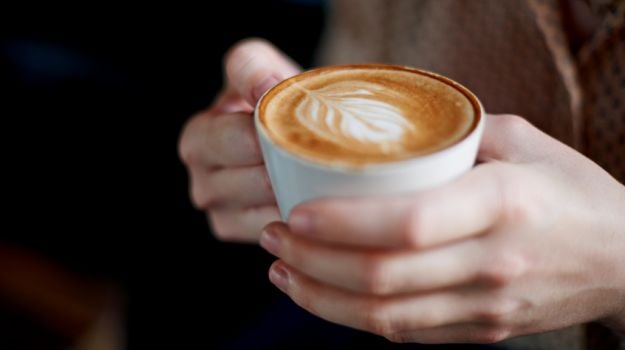 The effects of coffee and it's primary ingredient caffeine on your body still seem to be a mystery. A while ago, it was criticized for its ill-effects and now caffeine from coffee has been found to keep your heart healthy. Caffeine is a central nervous system stimulant. It can temporarily make you feel more energetic but at the same time it can make you more anxious. In this context, the role of caffeine as a peformance aid for atheles has been discussed widely. It has been deemed to be an ergogenic (energy generating) aid in endurance sports but the health related to caffeine use have been controversial.

Bringing it back in the spotlight, a new study reveals that drinking a cup of coffee in the morning can help improve athletic endurance. "Coffee is a popular source of caffeine, so this paper looked at the research surrounding its ergogenic benefits," said the study author Simon Higgins from University of Georgia in the US. The study was published in the International Journal of Sport Nutrition and Exercise Metabolism.

Scientists reviewed more than 600 scholarly articles and screened them for those that focused only on caffeinated-coffee conditions, measured the caffeine dose and measured their endurance. Of these, nine randomised control trials specifically used coffee to improve endurance.Participants either cycled or ran after drinking coffee. They then exercised vigorously and the results were measured. In a majority of cases, endurance was noticeably improved after the use of coffee. Looking at the nine trials, Higgins found that between three and seven milligrams (mg) per kilogram of body weight of caffeine from coffee increased endurance performance by an average of 24 percent. The amount of caffeine in a cup of coffee can vary from 75 mg to more than 150, depending on the variety and how it is roasted and brewed.

"This is helpful for athletes because coffee is a naturally occurring compound. There is the potential that getting your caffeine by drinking coffee has similar endurance benefits as taking caffeine pills." he explains. Coffee appears to be just as helpful as taking caffeine in the form of powder or tablets. "New research could mean that athletes could have a cup of coffee versus taking a pill," Higgins concluded.

Listen to the latest songs, only on JioSaavn.com
Your muscles require fuel in the form of glycogen and fat. Glycogen enables the working muscles to use up the fat. Caffeine acts in a similar way. It mobilizes fat stores and encourages working muscles to use fat as a fuel. Despite a lot of research, the role of caffeine as a performance enhancing drug hasn't been accepted completely but most studies have shown that it can increase your performance in endurance. This study is fascinating because it hints that a cup of coffee may be just as good as pills or caffeine supplements that come with certain side effects.

Dr. Rupali Datta, Chief Clinical Nutritionist at Fortis-Escorts Hospital agrees, "It is always better to consume caffeine in its natural form that way you can also reap the benefits of the antioxidants it contains."