Tea vs Coffee: Which is India's Favourite Hot Beverage? 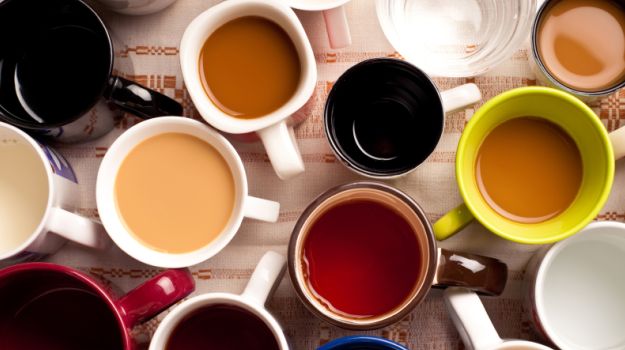 It is almost impossible for me to start my mornings without a hot cup of tea. Winter mornings are even lazier than their sunnier counterparts, they urge you to stay in the quilt just a little bit longer as you warm your hands around a hot cuppa. My father, on the other hand, is a coffee aficionado. He loves the process of grinding the beans and brewing himself a cup as much as the flavour of the coffee itself. For me, however, coffee can never replace chai.

I would have thought there are two types of people in this world. Those who like coffee and those who prefer tea. And my assumption was that these are two distinct groups of people, like me or my father. However, when we got down to do a quick dipstick amongst NDTV Food’s followers on Social Media, the results were surprising. Here is what we discovered:

• Spectrum: Despite us asking which of the two one prefers, many people couldn’t pick a favourite. Thus, we realised that one’s preference for tea or coffee was not absolute in nature. Many people like both. They may like a cup of hot masala chai in the morning and a shot of espresso to keep them going at 4pm. Thus, like most things in life, there is no black and white. People fall along a tea/ coffee lovers spectrum.• Variables: We also discovered that there are variables at play which decide whether one prefers tea or coffee. Time of the day may be one of them. The weather and chill in the air another.

• Occasion: Though at home people prefer tea usually, when they wish to go out and meet friends in the evening, they like to do so over coffee. This could be attributed to the infiltration of the ‘coffee shop’ culture in recent years.

Types of Tea or Coffee

Further quizzed about what type of tea or coffee gets them going, here are some interesting responses we got.

Tea – Good ol’ Masala Chai seemed to win this round. Though plenty of people shared their love for green tea or black tea, the majority were biased towards the home-made chai that we all have indulged in on cold winter mornings. Some prefer to brew it with ginger, some with tulsi or even elaichi. However, the regular milky chai remained a top favourite amongst tea-lovers.

Coffee – This one was divided. Filter Kaapi has its ardent fans, predominantly from the southern part of the country. There were also people who liked a strong shot of black coffee or a frothy cappuccino, however they were overshadowed in numbers.

We went in with the perception that India is predominantly a tea-loving country. However, though it was an extremely close contest, our dipstick revealed that coffee has managed to carve it’s place in our hearts and taken over as the most loved hot beverage in India.

Pop Quiz- Which beverage do you prefer? Also pl comment on what type you like (chai/ green tea/ filter coffee etc.)

This is a moment of triumph for the coffee shops that walked into a tea-drinking country and offered an alternative. A place where people can hang around, chat with friends, even strum on a guitar or play a game of chess, as they sip on a cup of coffee. However, recent months have seen a reverse trend. Tea was traditionally either available at street side kitlis or in very fancy high-tea rooms in five-star hotels. Now, there are tea-shops opening up across the country like Chaayos, Taj Mahal Tea House, Bubble Tea Café, etc. These offer the comfort of a beverage many of us love, reinvented and served in a relaxed and casual ‘café’ environment. It is yet to be seen if the trend catches on but it will be interesting if they manage to reverse the trend.

CommentsDisclaimer: This was only a dipstick to find out sentiments across the nation and not a long-drawn survey. Thus, findings may be taken only as indications of preferences.