Cutting Calories May Dial Back Metabolic Syndrome In Older Adults 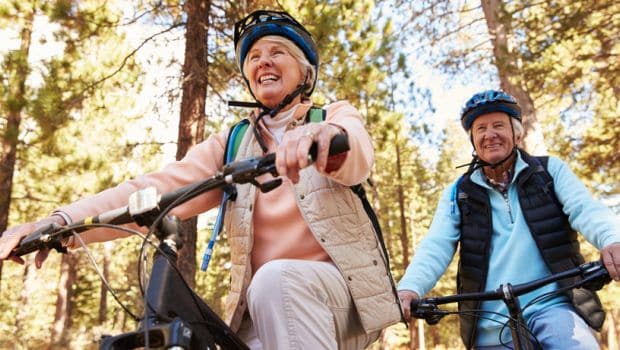 Highlights
For overweight and obese older men and women, adding calorie restriction to a resistance training schedule improves at least some metabolic markers, according to a new study.

Although resistance training alone seemed to have no effect on so-called metabolic syndrome – a group of markers linked to increased risk of type 2 diabetes and heart disease – the exercise is still important for maintaining bone and muscle in older people, researchers say.

“The results are not really surprising as it is challenging to improve the cardiometabolic profile with resistance training only,” said lead author Eve Normandin of Wake Forest School of Medicine in Winston-Salem, North Carolina.

“There are some studies in middle-aged adults that do see some improvements following resistance training but not many in older adults,” Normandin told Reuters Health by email.

Metabolic syndrome is the term for a cluster of symptoms, including abdominal obesity, high cholesterol and triglycerides, high blood pressure, inflammation and impaired processing of insulin.

Older people are at the greatest risk of having metabolic syndrome, Normandin and her colleagues write in the journal Medicine and Science in Sports and Exercise. Past studies have shown that weight loss can help reverse metabolic syndrome, so can aerobic exercise with or without dieting.But most of these studies have been in middle aged people, the authors write.

In the five-month trial, 63 sedentary and overweight or obese adults aged 65 to 79 years were assigned to a progressive resistance training program three times per week while 63 similar adults were assigned to the same program plus calorie restriction.

The resistance training program was individually tailored to participants and generally included three sets of 10 repetitions for eight exercises at each workout. The calorie restriction group was also assigned a dietary program including meal replacements, nutrition education and behavior modification advice delivered at weekly meetings with a registered dietitian.

Participants were assigned a daily caloric goal and kept a diet log of all foods consumed.

Overall, those doing only resistance training did not lose any weight by the end of the trial, but participants also restricting their calories lost an average 6 percent of their body weight as well as specifically reducing fat around the abdomen.

The calorie restricted group also lowered their blood pressure, triglycerides and one of the “bad” forms of cholesterol, very low density lipoprotein. There were no changes in metabolic syndrome markers in the group doing only resistance training.

“Many studies have shown that reducing calories is the key to changing the health factors this study focused on – cholesterol, triglycerides, obesity, and insulin resistance,” said Dr. Anne McTiernan of Fred Hutchinson Cancer Research Center in Seattle, Washington.

“Other studies have shown some benefit on these when comparing exercise to no exercise (whether aerobic or resistance exercise), but reducing calories consistently overpowers exercise effects,” said McTiernan, who wasn't involved with the new study.

“I wouldn’t say that caloric restriction is the only way to manage metabolic syndrome,” Normandin said. “Resistance training is one type of exercise, we might have observed improvement in metabolic syndrome following an aerobic exercise.”

“Individuals who are 65 years and older, have the metabolic syndrome and are overweight or obese should progressively try to lose weight by caloric restriction,” Normandin said. “I would recommend adding strength training in older individuals with metabolic syndrome to preserve musculoskeletal health and function as well.”

“People can undertake a caloric restriction without consulting a doctor but I would recommend they consult a registered dietitian,” she said. “This is especially true for people who have one or more chronic diseases.”