Golden Advice for Anyone Who Sits at a Desk All Day 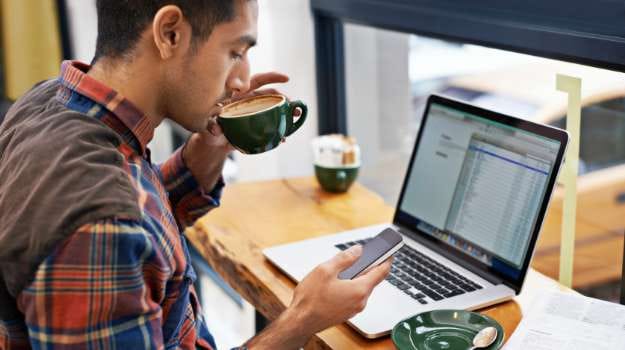 If you've got a job where you spend most part of the sitting, either in office or at home, then you're in for trouble. According to a new study quoted in a British daily, every hour you spend sitting ups the risk of heart disease by almost 14 per cent. You could say sitting it's as bad as smoking. And if you keep it up over a long period of time, sitting could cause some serious heart ailments.

In the past, several studies have indicated just how bad a sedentary lifestyle is for health. Luisa Dillner of the Guardian writes, "Studies show that sitting increases our risk of dying from practically any disease you can think of." It can cause obesity and it's also been cited as one of the main reasons for cancer. It can also increase the risk of non-alcoholic fatty liver disease (NAFLD) that may potentially lead to liver failure and death.

Sitting is especially dangerous for women that are over the age of 30 as it can increase the risk of a plethora of heart-related problems. The Australian Longitudinal Study on Women's Health conducted by University of Queensland showed that sitting for hours was found to be the main cause for cardiac issues among women.

Another important thing to note here is that daily exercise alone might not be able to reverse the effects of prolonged sitting. The research conducted at king's college, London viewed as a separate behaviour change target to physical activity. They said that the behavior of prolonged sitting is what needed to be modified.

Scientists from the Medical College of Wisconsin broke this down: When we sit for long periods of time, a lot of enzyme changes occur in our muscles that can eventually lead to increased blood sugar levels. Since this happens over a long period of time, regular exercise can't help much. But the good news is that you can get up every one hour, even if it so walk around for a bit or go to the washroom. It's probably why standing or treadmill desks have taken corporates by a storm.