Gut Feeling: Why Probiotics Are Good For Your Brain 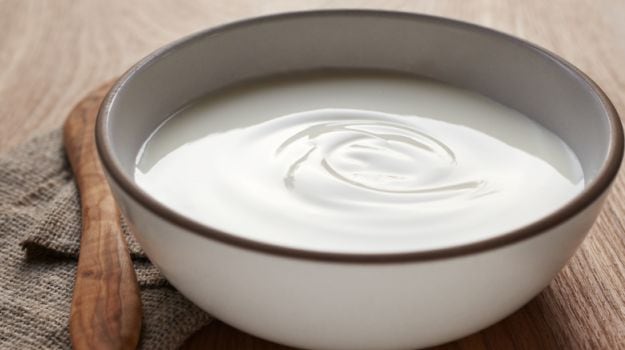 Next time you have yogurt or gulp down a fermented milk drink, remember that millions of 'good' bacteria will pass through your digestive tract to reach the colon not only making your gut stronger, but they will also help you improve behavioural and mood disorders and even serious brain conditions.

In his book, backed by scientific evidences, Dr David Perlmutter explains the intimate relationship between your gut and brain which is actually bidirectional. Just as your brain can send butterflies to your stomach, your gut can relay its state of calm or alarm to the nervous system.

"When you think of your nervous system, you probably picture your brain and spinal cord. But that's just the central nervous system. You must also consider your intestinal or enteric nervous system," writes Dr Perlmutter, Florida-based renowned neurologist whose expertise includes gluten issues, brain health and nutrition.

The central and intestinal nervous system are created from the same tissue in the foetus and are connected via the vagus nerve. The neurons in the gut are so large in number that many scientists believe that it can act as the 'second brain'. In fact, recent research has revealed that this 'second brain' or the population of good bacteria can act independently from the main brain and control many functions.So where did this healthy microbiome in your gut come from and why is it good for your brain? Latest studies show that the foetus may be exposed to microbes in the mother's womb through the placenta.
As a child passes through the mother's birth canal and is exposed to organisms dominated by the beneficial lactobacillus bacteria, the microbiome begins to consolidate.

Dr Perlmutter talks about babies born via natural birth and not caesarean (C-section) birth. According to him, those infants who have a natural birth obtain bacterial colonies resembling their own mothers' vaginal microbiome. "Whereas babies born via C-section acquire more potentially harmful skin bacteria (read staphylococcus)” explains Perlmutter, who is also a fellow of the American College of Nutrition.

Infants are given a number of antibiotic shots and vaccinations that not only destroy the bad bacteria but they may also weaken the diversity of the good gut flora. Coupled with bad diets, sedentary lifestyles and stress, all these factors can deplete the good gut bacteria.

Dr Perlmutter also blames the gluten found in wheat and related grains, including barley and rye, and fructose - found in manufactured foods as high-fructose corn syrup that disrupts liver metabolism. When the gut is exposed to gliadin, a protein found in gluten, it increases gut permeability, leading to a 'leaky gut'. "In fact, the blood-brain barrier also becomes more permeable in response to gliadin (gluten) exposure,” claims Dr Perlmutter.

With a 'leaky gut' your intestinal barrier is compromised in the absence of good bacteria and you are susceptible, due to increased inflammation and a compromised immune system, to a spectrum of health issues including brain disorders.

Probiotics (or fermented foods) can not only fix you gut but also manage the functions of your brain.
The type of fermentation (Chinese were fermenting cabbage 6,000 years ago while food fermentation dates back 7,000 years to wine-making in Persia) that makes most foods probiotic is called lactic acid fermentation.

Listen to the latest songs, only on JioSaavn.com
"In this process, good bacteria converts the sugar molecules in the food into lactic acid. In doing so, they multiply and proliferate,Â” he informs. As these probiotic bacteria metabolises their source of fuel from your diet, they liberate various nutrients, like vitamins A,C, and K as well as those from B-complex group. This curbs inflammation, boosts immunity and leads to a healthy brain.

Comments"While going for probiotic supplements, look for added sugars, chemical preservatives and colouring. Ideally, choose organic," he advises. It is not just about transforming your body from the inside. Your complexion will glow. Your waistline will get smaller. Your emotions, energy levels and your ability to get things done will change for the better too.Try to include more fermented foods in your daily diet, going back to what our ancestors used to do.