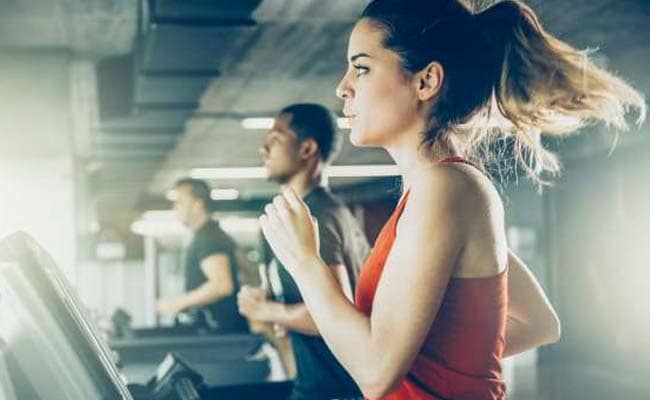 For a healthy lifestyle, physical activity is a must. Not only does it help in weight management but in keeping you fit and active. Moreover, working out releases a happy hormone in the body, which plays a big deal in making you feel good. While there are some who need constant nagging to get into workout mode, there are also a considerable lot who push their boundaries more than required when it comes to physical activity. Like they say, too much of something is not good, everything should be within limits.

According to a new study, intensive bouts of exercise can lead to significant and progressive decline in sleep quality. The researchers also found that a high carbohydrate regime reduces some, but not all, of the effects of hard training.

For the study, the scientists from Loughborough University in England studied the effects of two nine-day periods of heavy training on 13 highly trained cyclists.  The researchers monitored the athletes' moods, sleep patterns and performance before, during and after exercise.

To determine whether diets could counter the effects of any sleep deprivation, the athletes were also given high or moderate amounts of carbohydrate throughout the study, though none of them knew which. The researchers discovered that even as little as nine days of intense training can cause 'significant and progressive decline in sleep quality'.

Promoted
Listen to the latest songs, only on JioSaavn.com
"Sleep efficiency was significantly reduced during the intensified training period," the researchers observed, with the number of times the athletes woke throughout the night significantly increased.

They also noticed that the athletes' moods and capacity for exercise both worsened over the period of observation. As for the additional carbohydrates, the team concluded that a high carbohydrate regime reduced some, but not all, of the effects of hard training.

CommentsThe study appeared in the Journal of Sports Sciences.