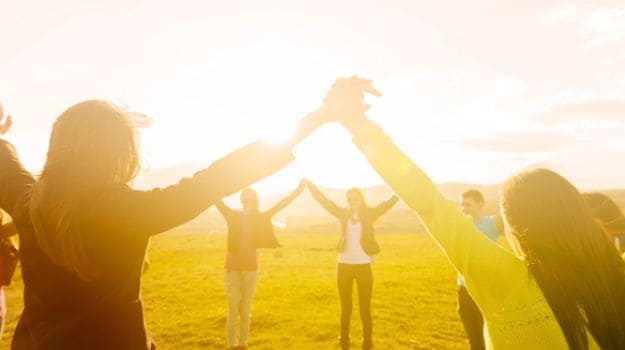 According to the findings of a new study, published online in the journal PLOS One, persons residing at higher latitudes, with lower sunlight exposure and greater prevalence of vitamin D deficiency, are at greater risk of developing cancer, including leukemia, a type of blood cancer.

Less sun exposure is one of the primary causes of Vitamin D deficiency that can lead to severe bone pain and muscle weakness. Vitamin Dplays a major role in regulation and absorption of calcium in the body. "Calcium strengthens the bones but is only useful in the presence of Vitamin D. The Vitamin acts on cells in the body and allows them to absorb calcium from the intestines. This ensures that there is enough calcium for the body to use. So essentially, one cannot do without the other" says nutritionist Niharika Ahluwalia.

Analysing data on leukemia incidence rates in 172 countries, researchers found that people living in higher latitudes are at least two times at a greater risk of developing leukemia than equatorial populations. "These results suggest that much of the burden of leukemia worldwide is due to the epidemic of vitamin D deficiency," said Cedric Garland, adjunct professor at University of California, San Diego School of Medicine in the US.Leukemia rates were highest in countries relatively closer to the poles, such as Australia, New Zealand, Chile, Ireland, Canada and the United States. On the contrary, they were lowest in countries closer to the equator, such as Bolivia, Samoa, Madagascar and Nigeria, the findings showed.

"People who live in areas with low solar ultraviolet B (UVB) exposure tend to have low levels of vitamin D metabolites in their blood. These low levels place them at high risk of certain cancers, including leukemia," Garland noted. Vitamin D is produced abundantly when ultraviolet radiation from sunlight strikes the skin and triggers synthesis.

The researchers analysed age-adjusted incidence rates of leukemia in 172 countries from GLOBOCAN, an international agency for research on cancer that is part of the World Health Organization. They compared that information with cloud cover data from the International Satellite Cloud Climatology Project. It was  found that reduced UVB radiation exposure and lower vitamin D levels were associated with higher risks of cancer.

Dr. (Col) Ranga Rao Rangaraju  Director of Oncology Services and Sr. Consultant at the Department of Medical Oncology, Max Super Specialty Hospital in New Delhi points out,"Due to our modern lifestyle it has become very common for people to suffer with Vitamin D deficiency which is tied to several other ailments. Since vitamin D helps in repairing various tissues and building immunity, it has a major hand in cancer prevention. In this way, a deficiency of Vitamin D can be linked to an increased risk of cancer."

Promoted
Listen to the latest songs, only on JioSaavn.com
"I would suggest that everyone should keep a close watch on their Vitamin D levels with regular medical tests. The common symptoms of fatigue and muscle pain may often be ignored. Also, include milk and milk products in your diet. If the levels are very low, then Vitamin D supplements can also be used but under supervision. Last but not the least, expose your bodies to sunlight regularly," he recommends.