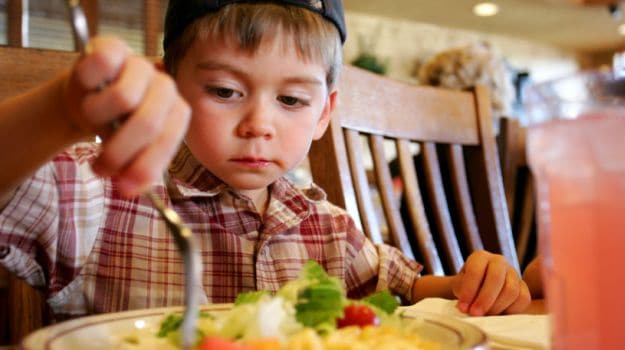 If one were to live my facts, it is said that one must chew their food 32 times before swallowing. Doing so not only helps in digestion but also aids in weight loss, as you tend to eat slow and be satisfied with smaller portions. A new research suggests that training your kids to chew food slowly can be an inexpensive and easy way to help them stay in shape. Kids, we all know, tend to gobble their food really quickly if they love the taste which then also leads to overeating.

Waiting 30 seconds in between bites of food allows children to realise when they are full and avoid overeating - preventing excessive weight gain, the study said.

"To lose weight, you need to stop eating. But it is not that simple for most people," said study co-author Marcos Intaglietta from the University of California, San Diego in the US. "So we decided to investigate how effective eating slowly would be," Intaglietta noted.

The study monitored the eating habits of 54 children between ages six to 17 years in the city of Durango, Mexico for a year. The students were compared to a control group with similar demographics. The students were divided into two groups: those who ate slowly as instructed by researchers, called the compliant group, and those who did not, called the non-compliant group. These two groups were compared to a control group.

Promoted
Listen to the latest songs, only on JioSaavn.com
The slow eating approach has the advantage of being sustainable over the long term, unlike most diets because it doesn't require you to change what you eat on a daily basis, study co-author Geert Schmid-Schonbein from the University of California, San Diego said.

The findings appeared in the journal Pediatric Obesity.