Vitamin B17 Sources and Reasons To Not Skip Them 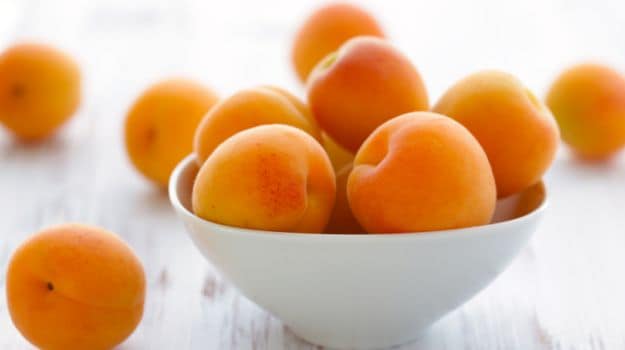 Highlights
Vitamin B17, the much hyped vitamin hailed as an antidote to cancer cells, was banned by the FDA of United States of America in the 80’s as a potential cancer treatment, however, a bunch of alternative medicine practitioners still consider the vitamin, also known as Amygdalin or Laetrile, as a likely cure to the deadly disease. The vitamin is found abundantly in the seeds of plants of the prunasin family like apricots and apples. Considered as a nitriloside, a natural cyanide containing substance, its extract Laetrile is a popular supplement. Laeterile is touted to prevent cancer development through the production of hydrogen cyanide, however, the theory still stands to be one of the most debated ones in the world.

Its anti-cancerous properties aside, Vitamin B17, especially if derived from natural food sources instead of supplements, can bring in a bevy of health benefits. They include:

Sources of Vitamin B17

Dr. Anju Sood says, “Identified in early 1800’s, vitamin B 17 belongs to the category of Vitamin B complex. Scientists identified the component Amygdalin, which is responsible for raising the count of white blood cells.”

Dr. Sood further says, “As far as cancer is concerned, to put it in layman’s term, the agenda is to curtail the metastasis, which is the proliferation of cancer cells at the expense of normal cells. While the entire medical and science circuit is still racking its brains to come up with a cure to this condition, as nutritionists we are limited to work on hypothesis. The first hypothesis is to increase the intake of antioxidants, which may inhibit the growth of these cancer cells at the onset itself and help healthy cells to grow, or increase the intake of Vitamin B 17, to increase your white blood cells count and boost your immunity.”

Speaking of the sources, she said, “The sources are usually bitter in taste, which makes them an unpopular choice among people. The potential benefits of Vitamin B17 were identified through apricot seeds, which were traditionally considered as the seed that brings down metastasis. Other rich sources are bitter almonds and strawberry seeds. Again, these benefits are all based on hypothesis.”

Here is a list of Vitamin B17 sources that should come handy to you, if you are looking to maximise on the benefits of this nutrient -

Many seeds and kernels of various fruits are rich in the vitamin, apricot kernels and seeds being on top of the chart. Other seeds loaded with goodness of vitamin B17 are apple seeds, plum seeds and pear seeds. Tiny seeds of berries, grapes, strawberries and raspberries. Flax seeds, squash seeds, millet seeds and buckwheat seeds are also found to contain this vitamin in adequate amounts.

Did you know that the bitter variant of almond was used in abundance traditionally by the Chinese, Egyptians and Pueblo Indians? In around 1802, it was identified that distilling the water from bitter almonds releases hydrocyanic acid, which could be purified to form Amygdalin. Macedemia nuts and cashew nuts follow next after bitter almonds in terms of vitamin B17 content.

Load up on sorghum, buckwheat, barley and millet from your kitchen pantry to optimise on the nutritional benefit of the vitamin.

Promoted
Listen to the latest songs, only on JioSaavn.com
Leaves of Eucalyptus are found to contain moderate amounts of vitamin B17. Even spinach leaves are said to have traces of the vitamin.

Bamboo sprouts or bamboo shoots boast of a high content of the vitamin, followed by the sprouts of alfalfa, fava beans and mung sprouts. Whole green gram sprouts also contain the vitamin but in very moderate amounts.

Please note: Include these sources to load up on the goodness and nutritional benefits of Vitamin B17. However, if the consumption is inducing toxic and allergic reactions like vomiting or headache, stop the intake immediately and consult your doctor.