Watch: How To Make Classic Muradabadi Chicken Biryani At Home

A quick and simple recipe that includes a strong flavour of green chillies, this biryani is dubbed to have its roots in the cuisine of Lucknow. 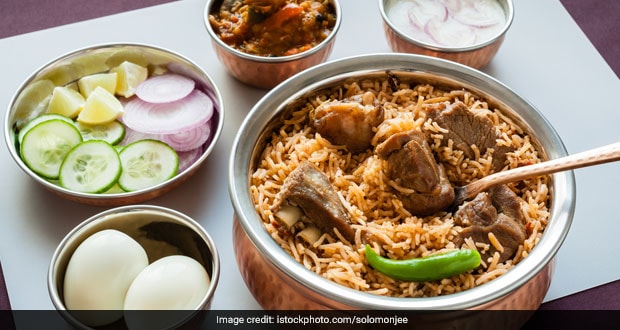 The very thought of biryani makes us slurp instantly! It is an evergreen classic that we can't get enough of. A melange of flavourful and aromatic rice, spices and chunks of meaty goodness, a plate of biryani is an all-time hit among all. While the history of biryani lies in the Mughal era, today it has been thoroughly embraced by people country-wide. In fact, if you explore, you will find different biryani recipes across India, prepared using unique cooking styles. For instance, Hyderabadi biryani has an influence of South Indian cooking technique; Kolkata biryani seems incomplete without the inclusion of eggs and potatoes. Another such famous biryani option is Muradabadi biryani. For the unversed, this particular biryani is named after the place Moradabad in Uttar Pradesh.

A quick and simple recipe that includes a strong flavour of green chillies, this biryani is dubbed to have its roots in the cuisine of Lucknow. Muradabadi biryani is generally prepared in kacchi style where raw meat/chicken is cooked along with the rice. The best part is that it is easily available in almost every part of North India.

We have found an authentic Muradabadi chicken biryani recipe that needs basmati rice, chicken, and some simple kitchen spices like cardamom, black pepper, cumin, coriander, cinnamon, ginger-garlic paste, turmeric etc for preparation. This recipe has been shared by vlogger Vipin Singh on his YouTube channel 'Food Fatafat'. What makes it special is the fact that this recipe needs less amount of oil as compared to the other biryani recipes.

Whip up the dish today and put together a lavish treat for your family. Enjoy your meal!