#NewRestaurantAlert: The Biryani Project Delivers A Sumptuous Repast To Your Doorstep 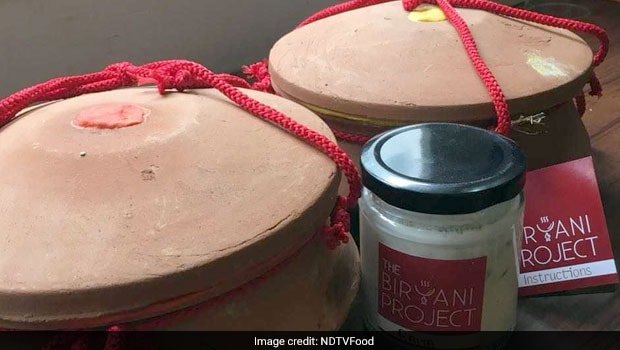 Highlights
Biryani is one dish that can be relished anytime of the year. Although, it's a meal fit for royals, it's also a dish that doesn't demand an occasion. Such is the love that Indians and Indian-food lovers have for this flavourful rice dish that is an indelible part of our cuisine and culture. Delhi has scores of restaurants and delivery-only places with biryanis to die-for and this week for #NewRestaurantAlert, we're going to talk about the one that is probably going to become a hot favourite of biryani-lovers in Delhi. The Biryani Project is a newly opened delivery-only service that makes biryanis on demand and dishes out some beautifully authentic regional biryanis.

Only a true-biryani lover will be able to tell one biryani apart from the other. But The Biryani Project has taken it upon itself to change that and introduce Delhi foodies to the real flavours of the various regional biryanis from around the country. They have a very limited menu, but that's because every item on their menu has to be ordered in advance, as all the food they serve is made-to-order.  Their menu has four distinct types of regional biryanis from Hyderabad in Telangana, Lucknow in Uttar Pradesh, Godavari in Andhra Pradesh, and Mumbai in Maharashtra. For our review, we got a taste of their Hyderabadi and Godavari biryanis.

One of the most-loved Indian biryanis out there is the Hyderabadi biryani, which gives you a burst of flavour in every bite. The Biryani Project's Hyderabadi Biryani got the formula for making this meaty delicacy just right. We got the biryanis in clay pots, which we were told, were the same ones that the biryani had been slowed cooked in. The chicken pieces were perfectly cooked and were juicy and flavourful, while the rice had been flavoured with saffron. The masala of the biryani was also very flavourful and had that perfect balance between being too hot and spicy and too mild. All-in-all, the Hyderabadi biryani at TBP was a delight to partake and we're sure it will make an impression on everyone who tries it out. This is one biryani, the taste of which will stay with you even after you've devoured the dish.

The Godavari Biryani hails from the Godavari district of Andhra Pradesh. The Biryani Project has made a commendable attempt to get the South Indian flavours to marry the genteel biryani, with this novel creation. The dish was flavoured with curry leaves and had a distinct taste that many biryani puritans may not savour, but it was nonetheless, a delicious dish. If you don't mind a little experimentation with your food, then the Godavari Biryani may be right up your alley.

Promoted
Listen to the latest songs, only on JioSaavn.com
Ordering food from The Biryani Project isn't going to be exactly a party for the pocket. Because the dishes are made-to-order, they are a little expensive and so you may not be able to indulge in food from TBP every now and then. A half biryani will cost you on the upwards of 700 and a full biryani starts from 1100. However, the taste and flavour is worth the cost and portions are also big.

Needless to say, TBP doesn't have many options for vegetarians, with the only pure vegetarian dish on their menu- Veg Hyderabadi Biryani. The biryani is delivered in clay pots that are tightly sealed with wheat dough to contain all the flavours and aroma until the pots are open, and are accompanied by jars of delicious jeera raita. We give the biryanis at The Biryani Project a thumbs-up!