Biryani Ordered More Than Once Every Second In 2020: Report

Biryani has yet again emerged to be the most-ordered item of the year 2020, according to Swiggy's 5th annual StatEATstics report. 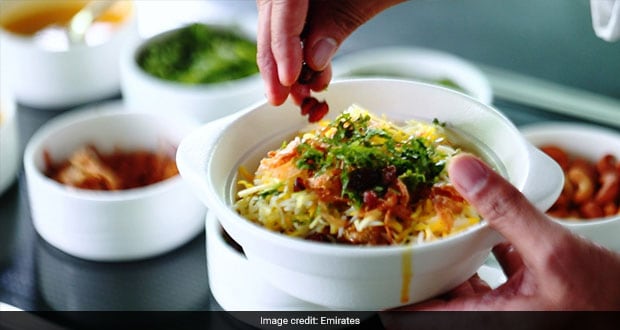 Biryani is officially the most ordered item in 2020.

The year 2020 or the year of the pandemic has made an indelible impact on our lives. We have adjusted to the 'new normal' of working or studying from home, ordering nearly everything online and venturing out as less as possible. Food habits too have undergone a vast change, whether for better or for worse. People have innovated in their home kitchens, cooking all sorts of interesting recipes at home. But one thing that has not changed is Indians' love for Biryani. According to Swiggy's 5th Annual StatEATstics report, Biryani was ordered more than once every second in some form in the year 2020.

Chicken biryani topped the list of most-ordered items of 2020.

The report also noted a spike in orders for Chai and coffee right after lunch, as at least 1.1 million orders were placed for the same. Another popular item of 2020 was the much-loved street food Pani Puri, which was ordered a whopping 2.4 lakh times.

Pani Puri too found itself ordered numerous times on Swiggy.

In terms of groceries, the app witnessed an uptick in the demand for onions - which was ordered to the tune of 75,177kgs in the last four months of 2020. Other popular products included bananas, toned milk, potatoes and coriander leaves. Swiggy also sold 1.6 lakh packets of instant food over the four-month period. One customer also indulged his sweet tooth, ordering 391 packets of chocolate from August to December.

What did you order the most in the year 2020? Tell us in the comments below!