Drinking Coffee May Be Good For Your Digestive System. Know Why 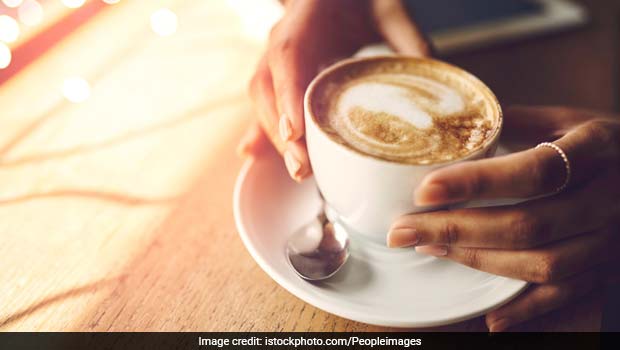 Whether you are going through mid-day slump, down with gloomy mood or struggling with a stressful mind - a cup of coffee can fix it all. Coffee lovers can't do without their daily caffeine fix. Some can't even start their day without getting a caffeine rush to jumpstart their mornings. Other than infusing bouts of energy, coffee is also a great stimulant that keeps you alert and active. However, excessive consumption of caffeine is considered not so good for health. Headache, insomnia, irritability and stomach disorders are some of the common problems, drinking too much coffee can cause. Though coffee is not considered a healthy drink, certain studies suggest otherwise. A recently conducted research claims that drinking coffee leads to better digestion of food, and hence, boosts gut health.

It was discovered that certain properties of coffee killed gut bacteria and enabled proper contraction of the intestines, leading to smooth bowel movements.

For the study, researchers fed coffee to rats and also mixed it with gut bacteria in petri dishes. After three days, they found out that in spite of high caffeine content, coffee eliminated bacteria and improved muscle motility. A solution containing 1.5 percent coffee supressed bacteria and other microbes in fecal matter in a petri dish. In fact, with 3 percent coffee solution, growth of microbes went down.

(Also Read: How Much Coffee Can You Have Every Day Without Harming Health)

During the Digestive Disease Week (DDW) 2019 in San Diego, Xuan-Zheng Shi, associate professor in internal medicine at the University of Texas Medical Branch, Galveston, threw some more light on the research. He revealed, "When rats were treated with coffee for three days, the ability of the muscles in the small intestine to contract appeared to increase." He also added that the results for all the samples were the same, irrespective of their caffeine content. Decaffeinated coffee had the same effect as normal coffee with high caffeine content.

Continued consumption of coffee over time showed a significant improvement of muscle contraction in rats. In fact, when coffee was given directly to the rats in the lab, it stimulated the muscles of the small intestines when muscle tissues came in direct contact with coffee.

The findings of the study can play pivotal role in future clinical researches to ascertain if coffee can help in treatment of post-operative constipation and recovery of intestines after abdominal surgeries.