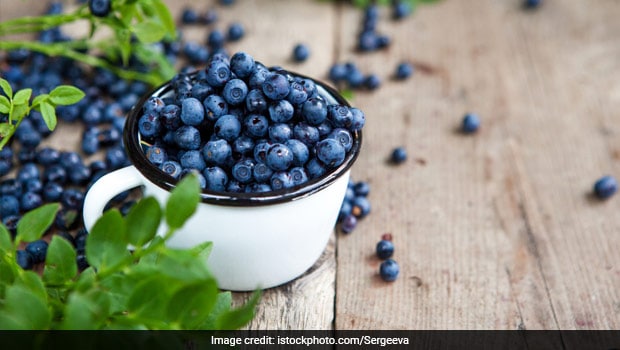 Blueberries may be good for heart health

Blueberries have long been lauded for their high nutritional value and a piquant flavour that is mostly useful to neutralise the overflowing sweetness in desserts and smoothies. Its sour and tart taste enhances the dishes it is added to plus upping its healthfulness. Blueberry, with its flavonoids content, is considered excellent for immunity boost, and the presence of vitamin C in it makes it a preferred food for body tissue development and repair. Nutritionists all over the world recommend regular consumption of this superfood. Now, here's another reason to tuck into this wonder fruit. A new study suggests that blueberries and other fruits from the berry family must be included in diet plans to keep heart healthy and disease-free, especially for people who are at a risk of suffering from heart-related issues.

The study that was published in the journal - The American Journal of Clinical Nutrition - revealed that consuming 150 grams of blueberries every day may help in bringing down the risk of cardiovascular diseases by as much as 15 per cent.  The study also suggested that lifestyle changes, including diet modification, can also help.

(Also Read: Boost Your Heart Health With This Heart-Healthy Dinner)

Nutritionists recommend including blueberries in the diet for healthy heart

The research team from UEA's Department of Nutrition and Preventive Medicine, Norwich Medical School, studied the effects of eating blueberries daily in 138 overweight and obese people with Metabolic Syndrome, aged between 50 and 75.

The six month trial compared the effects of 150 gram portions (1 cup) and 75 gram portions (half cup) on the Metabolic Syndrome in the participants. It was found that daily intake of half cup of blueberries was not too beneficial in the at-risk group.

"We found that eating one cup of blueberries per day resulted in sustained improvements in vascular function and arterial stiffness -- making enough of a difference to reduce the risk of cardiovascular disease by between 12 and 15 per cent," concluded co-lead author Dr. Peter Curtis.