High Protein Content in Fibre-Rich Diet May Cause Bloating; Finds A Study 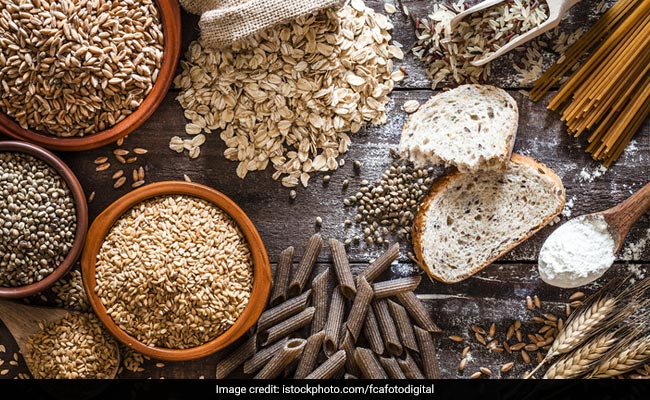 High-fibre diets are said to cause a little bloating by stimulating some fibre-digesting gut bacteria species, which produce gas as a by-product. Fibre is an important nutrient that should be consumed regularly, but its excessive consumption may not be good for you if you are watching your waistline. And, if your high-fibre diet is coupled with protein-rich diet, it may further lead to even more bloating. However, if high-fibre diet is paired with carb-rich diet, it may not escalate the problem that much. The study was conducted by researchers at the Johns Hopkins Bloomberg School of Public Health.

The findings of the study that were published in the journal Clinical and Translational Gastroenterology, also suggest a role for "macronutrients" such as carbs and proteins in modifying the gut bacteria population - the microbiome.

For the study, the researchers examined a dietary clinical trial that was conducted in the years between 2003 and 2005 in Boston. It involved 164 participants who had high blood pressure. They were fed three different diets over a time period of consecutive six weeks with a two-week break in between when the participants had their regular diet.

The participants, who ate versions of a heart-healthy, high-fibre diet that was relatively rich in plant protein, were about 40 percent more likely to develop bloating symptoms as compared to a carbohydrate-rich version of the same high fibre diet.

Study co-senior author Noel Mueller, PhD, an assistant professor in the Department of Epidemiology at the Bloomberg School said, "It's possible that in this study, the protein-rich version of the diet caused more bloating because it caused more of a healthy shift in the composition of the microbiome. Notably, the protein in these diets was mostly from vegetable sources such as beans, legumes, and nuts."

The study further suggests that if high quality carb calories like whole grain are substituted with protein calories, the chances of bloating may be reduced for those on high fibre diets, making such diets more tolerable.