Junk Foods, Having Trans Fats, May Have Link To Cell Death, Says A Study

A new study has found that there is a molecular link between some trans fats and variety of disorders, including the heart-related ones and neurodegenerative diseases. 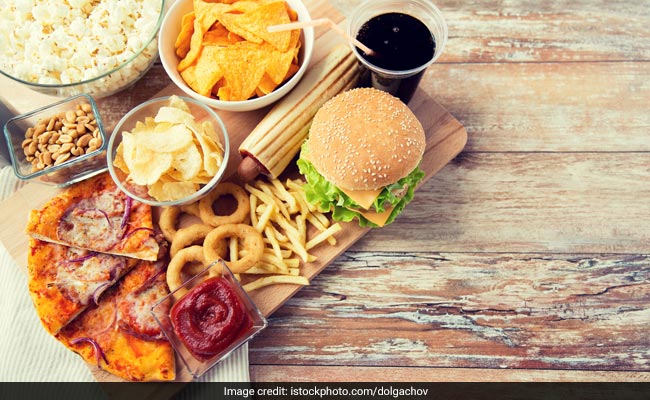 Junk foods are high in trans fats, carbohydrate and calories

'Avoid junkfood' is something every one of us have been listening to since our childhood. A cheese-burst pizza or a bucket full for chicken wings or French fries loaded with cheese - however luring it sounds, all these junk foods are high in trans fats, carbohydrate and calories, which lead to several types of diseases and the most common one is obesity. Talking about trans fat, it is a form of unsaturated fat, which comes both in natural and artificial forms. Trans fats are known to promote heart-related diseases, diabetes and more. Adding to the list, a new study has found that there is a molecular link between some trans fats and variety of disorders, including the heart-related ones and neurodegenerative diseases. The findings state, it plays a huge role in enhancing a mitochondrial signalling pathway that leads to programmed cell death. On that note, mitochondria are defined as an organelle found in large number in most cells, in which the biochemical processes of respiration and energy production occur. The study was published in the journal Scientific Reports.

As per a report in ANI, Atsushi Matsuzawa of Tohoku University's Laboratory of Health Chemistry, along with a team of researchers explored the effects of two trans fats (elaidic and linoelaidic acids), which are produced during industrial food manufacturing, on programmed cell death. For the unversed, in layman's language programmed cell death (PCD) is the death of a cell in any form mediated by an intracellular program.

"Accumulating evidence has associated the consumption of trans-fatty acids with various diseases, including some lifestyle diseases, atherosclerosis and dementia. But the underlying causes have remained largely unknown," said Matsuzawa.

Matsuzawa further said, "Our research revealed a novel toxic function and mechanism of action of trans-fatty acids, which can account for pathological mechanisms, including atherosclerosis," adding, "This significant finding will provide a molecular basis to understand how trans-fatty acids cause disease."

The researchers also theorised that targeting this molecular mechanism with drugs might have a therapeutic effect on a diverse range of trans-fat-associated diseases.