Karisma Kapoor's Shares Her Love For Coffee With A Super Relatable Post; Check It Out

Ardent coffee lovers can have it in any form at any given time of the day. Karisma Kapoor is one such celebrity who has confessed her love for the beverage. 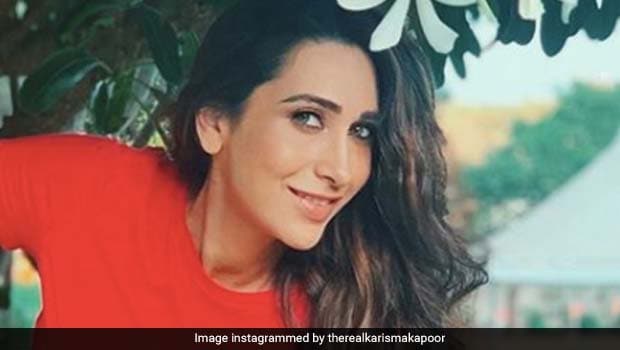 When it comes to coffee, the love for it knows no bounds. The bittersweet beverage has a separate fan base altogether. Ardent lovers of the drink can have it in any form at any given time of the day. Karisma Kapoor is one such celebrity who has confessed her love for the beverage. In a post on Instagram, Karisma Kapoor shared a picture of a coffee mug with a saying that was highly relatable for her, and netizens alike. Take a look at her Instagram post:

"Wears black. Loves coffee. Avoids people," read the coffee mug. Karisma Kapoor shared the picture with the caption, "#me," using a coffee emoji along with it. The post soon got lots of likes and comments from her fans on social media, who said that they related to it too. Celebrity nutritionist Rujuta Diwekar too commented on the post with a laughter emoji. The post truly struck a chord with many people on the internet!

This is not the first time that Karisma Kapoor has admitted her love for coffee. A post that she shared a month ago showed her comfortable at home in her pyjamas with a mug of coffee by her side. "Social distancing sunday's. #coffeetimeisanytime #stayhome #staysafe," was what she wrote in the caption thus suggesting that she couldn't do without her favourite cuppa. Take a look at her post:

(Also Read: Karisma Kapoor Enjoys 'Simple Pleasures' At Home. Can You Guess What She Ate?)

Karisma Kapoor keeps sharing relatable posts from her foodie life every now and then. During lockdown, she has experimented in the kitchen trying her hand at making various delicacies at home. From a delicious South Indian spread to a decadent chocolate cake, Karisma Kapoor has tried it all. Interestingly, she also revealed her go-to comfort food at home, a piece of homemade chocolate cake.

"What's ur go to comfort food? Mine is a big piece of #chocolatecake (made by me)," wrote Karisma Kapoor in the caption of the post. We hope to see more such glimpses of the actress' foodie side soon!